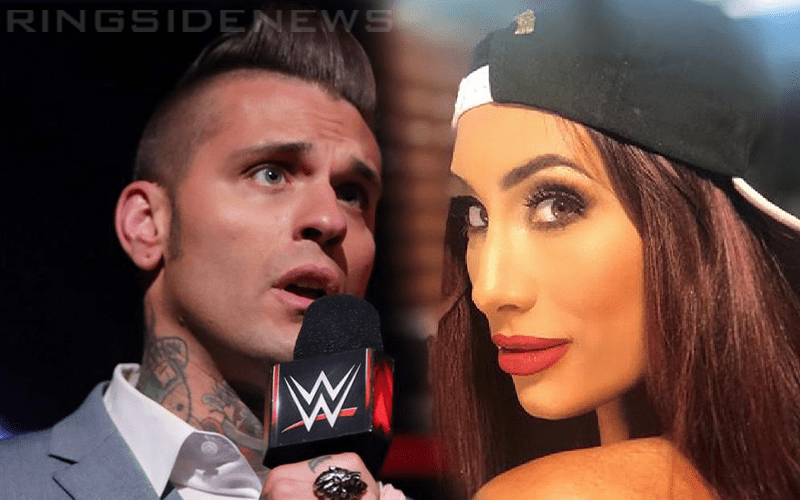 Corey Graves was just trying to share an amusing story about his children. Then the IWC got wind of this and decided to take his timeline in a totally different direction.

The Savior Of Misbehavior recently tried to share a story about his children. When one of them sucker punched the other, he had to be a parent. However, in the back of his mind, he found it hilarious.

My 4-year old daughter just DROPPED my 10-year old son with a perfectly placed sucker punch to the gut.

I yelled because I’m supposed to. I laughed because it was hilarious.

This is when things took a turn for the worse for Graves on social media. He received several immediate replies and they were almost all directed at his current relationship with Carmella. A couple of them were rather brutal replies too.

“Then Carmella put her in timeout”

“I see she takes after her new mother”

“Tell Carmella to go sit them in time out”

“She how to somebody from you?”

“Did she pick that up from when your wife punched you in the gut?”

This assault was one that Corey Graves probably didn’t see coming, but he should always be expecting this kind of thing. Maybe Graves and Carmella’s relationship will become old news eventually. For now, it seems like there is still an open season on anything Corey Graves says to throw a jab at his romantic life.