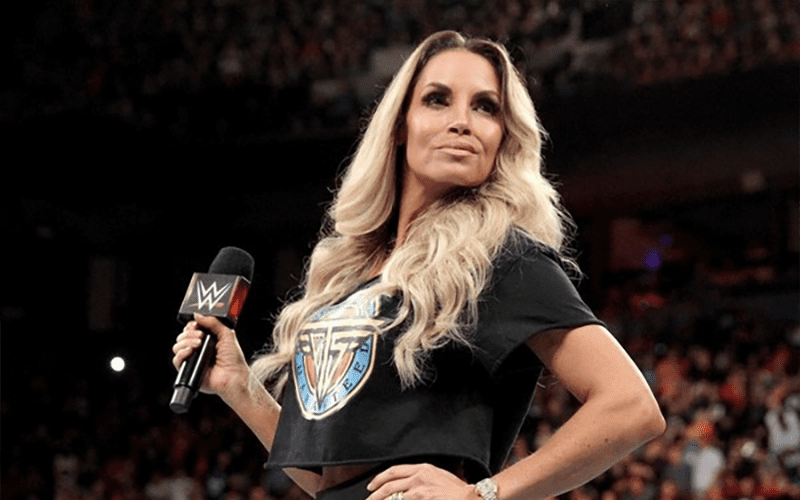 WWE legend Trish Stratus has done it all in the world of professional wrestling, but there are still a few things missing that it seems like she’d still like to rectify.

The former multi-time world champion is a Hall of Famer, and to this day she’s still viewed as an icon and an inspiration for many of the girls on the main roster and down in NXT. She’s a trailblazer, and there aren’t all too many superstars that can make such a claim.

However, there’s one feud that seems to have alluded her – as she noted on social media.

Gail Kim is widely considered to be one of the best female wrestlers in the history of professional wrestling, or at the very least, one of the most underrated. Both women have actually been in the same organisation at the same time before, and they’ve even wrestled in the past too.

They had a match on Sunday Night Heat around 16 years ago, and yet, it still isn’t considered to be ‘enough’. That makes sense, as an extended feud between the two women could certainly draw, especially in today’s women’s wrestling climate.

There’s always the possibility of WWE coming to terms on a deal with both women, but you’d have to wonder how much intrigue there is for a Gail return. Trish is always going to be over no matter what she does, though, as she was able to prove at both the Royal Rumble and the historic Evolution pay per view last year.