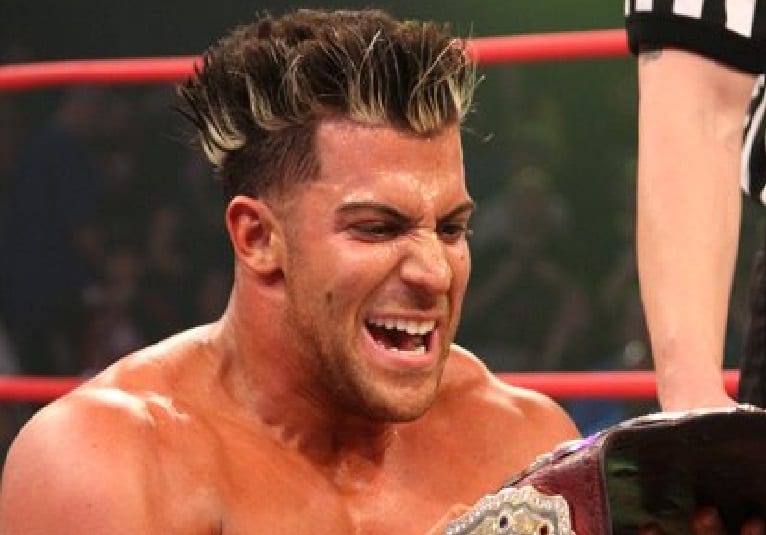 You never know where life will take you in the world of professional wrestling if you stay dedicated and take some risks. Robbie E recently discussed his own career on Why It Ended where he revealed how he got his big break.

Robbie E said he went to Florida for the TNA tapings and got there a day early. Then he was told by Terry Taylor that he likely wasn’t getting a match. Since he flew himself in for the tapings, Robbie decided to stay.

Then during the second day of tapings in a stroke of good luck, Simon Diamond who was a TNA agent made a joke to Vince Russo that changed Robbie’s life forever.

“He goes, ‘Hey Vince you wanted to do a Jersey Shore character, this guy’s from Jersey.’ sentence he said. He just made a joke.”

“I remember it like it was yesterday, he made that joke, Vince [Russo] is walking by he doesn’t know me from nothing he just stops and stares at me and goes, ‘You’re from Jersey, bro?’ I go, ‘Yeah.’ He goes, ‘Can you get a girl?’ Obviously, I didn’t even know what he was talking about, but I was like, ‘Yeah.'”

Robbie E said that five minutes later he was told to spike his hair and go have a match with Bobby Fish. He was already a fan of the Jersey Shore television show and was growing his hair out. This was lucky for him because he was able to spike his hair up for the first time in his life for the gimmick.

It just goes to show that you never know what path life will take you down. Robbie E said if it wasn’t for a joke about being from New Jersey to Vince Russo then he would have wrestled a regular match with Bobby Fish and never caught TNA management’s eye.