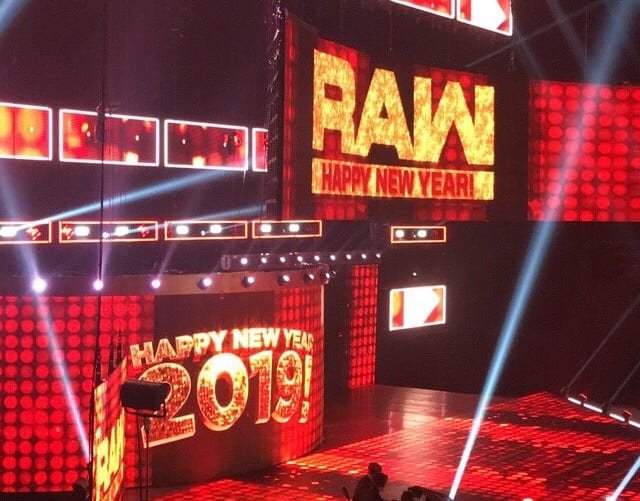 WWE filmed their New Year’s Eve show tonight in Detroit. There were a few notable matches and segments.

If you’d like to read our complete spoilers, get those here. On that note, if you don’t like spoilers turn back now.

Thanks to one fan video, we’ve been able to get some good videos fro the show. So if you don’t want to wait until Monday, you can get a very good picture about what goes down.

They kicked things off this week with a cage match and Drew beat down Dolph Ziggler in a bad way. Ziggler was able to get some heat back on himself, but due to WWE’s 50/50 booking, McIntyre got his win back.

This was a pretty good cage match and they even pulled off a rather impressive superplex spot to open the show.

Elias worked as a babyface as he has since October 22nd when he turned. However, he was still trolled by a fan pretty badly. Then Baron Corbin came down and the two of them ended up having a pretty fun brawl.