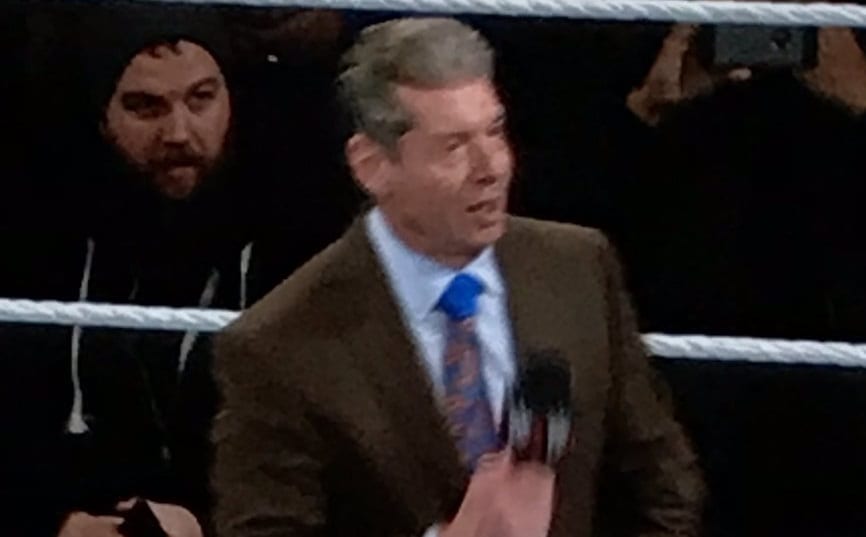 WWE is in a New Era and that means that Vince McMahon promised new match-ups, new Superstars, and more opportunities. We are also going to be seeing much more of him.

Vince followed through with his word by popping up at the recent WWE Live Event in Madison Square Garden. This was not an advertised appearance although he would have likely been there any way in a backstage capacity.

Vince McMahon showed up as Corbin was trying to get another forfeit against Braun Strowman. Then McMahon announced John Cena would be facing Corbin instead.

The place popped as you would expect them to. Not only did they get to see Cena which they already expected, but getting an eyeful of The Chairman is another thing entirely.

ITS VINCE JR IN THE HOUSE THAT HE BUILT #WWEMSG

THIS IS THE GREATEST MOMENT pic.twitter.com/pilRco3K3U