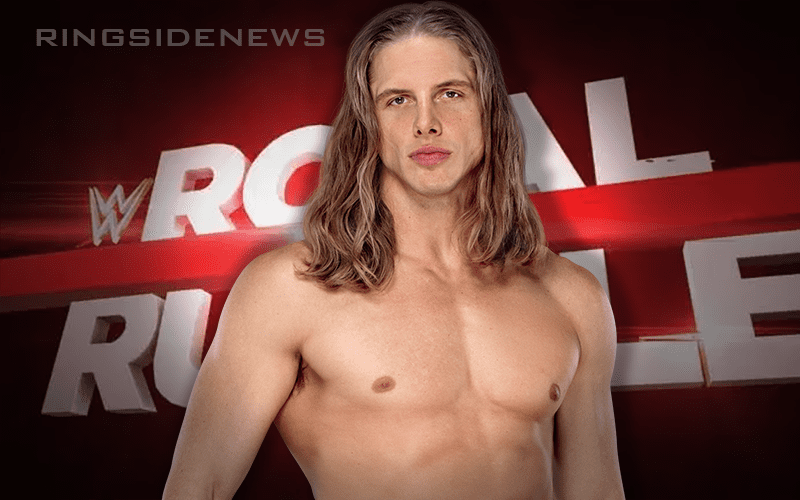 WWE Royal Rumble is coming up and January 27th can’t come soon enough. Fans can’t wait to start the road to WrestleMania, but they need the Royal Rumble match to take place first because the winner of that battle royal will get a big opportunity at Mania.

While speaking to E&C’s Pod Of Awesomeness, Matt Riddle laid down a big-time tease about what his plans could be for 2019. He said that he’s a “rumble guy” and is always looking to make history. You never know what could happen, but Matt Riddle seemed very confident that if he was given a Royal Rumble opportunity, he would certainly win it.

“I’m really hoping in this new year because I know TakeOver is the same weekend as the Royal Rumble and I’ll be honest, I’m a big rumble guy. You never know, there might be a spot open, maybe I get in there, maybe I make some history. Right? Who knows? I’m aiming for the stars. The star stallion, the stallion star. Dude, it needs to happen. Yeah, it should happen. It should happen.”

Matt Riddle could have a great career in WWE. If he entered the 2019 Royal Rumble as a big surprise and went on to win it, that would strap a huge rocket to his back. Fans who didn’t know Riddle could be introduced to him throughout the Royal Rumble match and by the time the 30th man comes down, The King Of Bros could be the biggest babyface in the company.

Of course, since Riddle said that on a podcast, we’re going to guess that’s not WWE’s plan at all. However, the fans could always act as the new Authority in this New Era and get WWE to listen. Have fun with that.