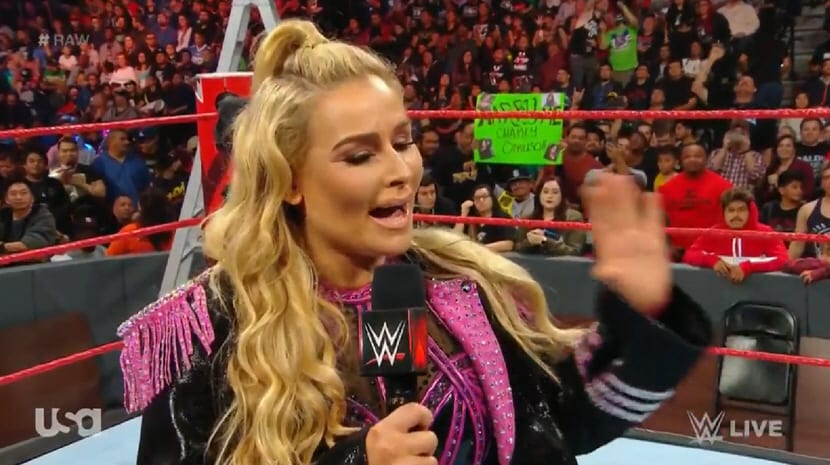 Natalya and Ruby Riott are currently feuding as Riott and her Squad run havoc over the RAW roster because they feel it’s the fun thing to do. Nattie and Ruby are booked for a tables match at TLC this Sunday and The Queen Of Harts came out to cut a promo in the ring. Let’s just say this promo was from the Hart.

Nattie talked about everything that Ruby is apparently saying about her how she claims that she had everything handed to her. Then Nattie dropped a pretty big bombshell as she asked if we’ve ever heard of the Montreal Screwjob.

Natalya talked about how her uncle Bret Hart punched Vince McMahon in the face and the crowd popped big time. Then she continued to say that in order to make it to WWE, Natalya had to survive and overcome the perils of being associated with that event which predated her WWE debut by about a decade.

Then Ruby Riott came out and brought Jim Neidhart up in a big way as she revealed that she had put a big Anvil sticker on a table and threatened to put Nattie through it at WWE TLC this Sunday. So we have that to look forward to as well.

Let’s just take a moment and think about how brave Natalya was to give that promo.