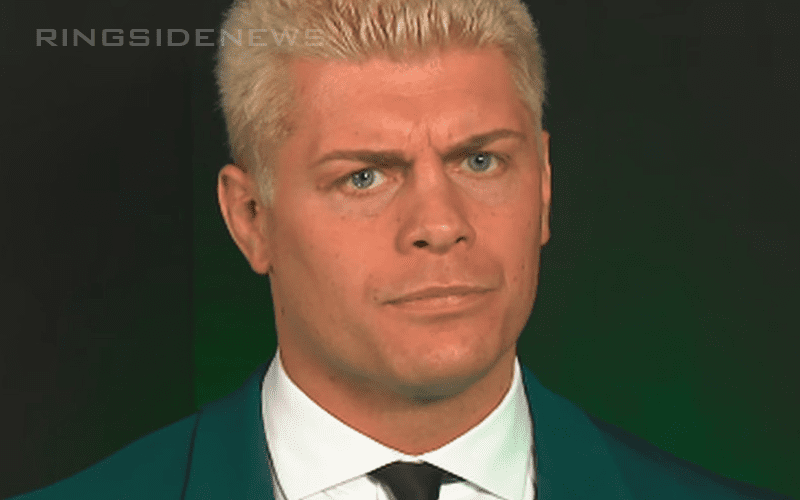 Brandi Rhodes tweeted out yesterday afternoon that “Wrestling is Magic” which was an honest feeling at the time. Then someone felt the need to troll her and say: “Most importantly ‘professional’ wrestling is fake.”

Cody Rhodes doesn’t like hearing that wrestling is fake. This kind of closedminded thinking is not only tiresome and unoriginal, but it is also a big frustration to him especially seeing how he needs to have his knee surgically repaired in January because of something that is “fake.”

“Christian Bale wasn’t actually Batman, but no human being ever was so f*cking flat out stupid that they needed to say it aloud. Next,” Cody replied.

Professional wrestling might be predetermined, but the risks involved are very real. Men and women put their bodies on the line every time they step into the ring for the fans’ enjoyment. Therefore, it’s not hard to see how this kind of interaction might have gone much differently in another time and place if Cody was told that wrestling was fake to his face.

Christian Bale wasn’t actually Batman, but no human being ever was so fucking flat out stupid that they needed to say it aloud. Next. https://t.co/cmqm2qwjQr