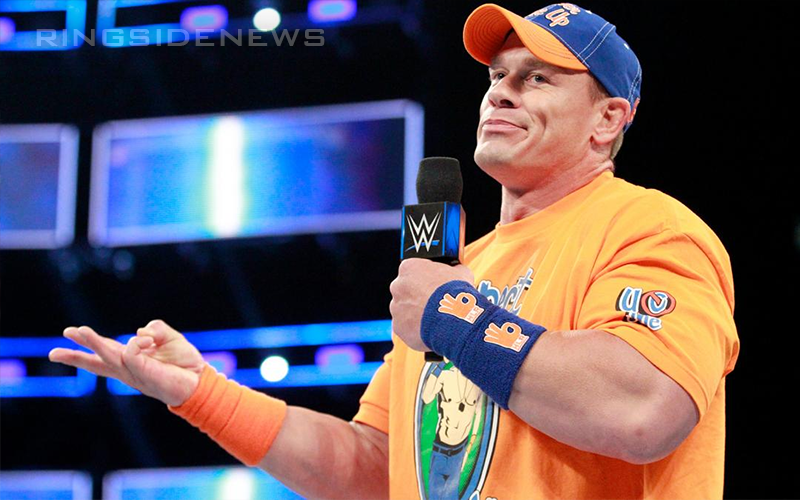 John Cena was a world traveler before but for the past few months, he’s called China his home. He’s been over there filming an upcoming movie with Jackie Chan called Project X and he’s not only dropped some weight, but he’s also grown out his hair and apparently, he also got some ink.

While stirring up one of his favorite Chinese cuisines, Cena is having a grand time, but what we might not notice at first, but many already have is that Cena is sporting a wrist tattoo under that long sleeve.

This is a tattoo we haven’t seen before, and while it could always be part of his character in the upcoming Chan flick, it looks real enough to us. If anything, it’s in a perfect place for his armbands to be able to hide it when he’s in the ring.

You can check out a little video that was posted recently along with a screenshot of Cena’s new ink. It looks like it might say “Ghosts” on the bottom of it, but it’s hard to tell without getting a much better look. 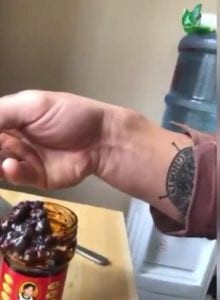 You can never seperate @JohnCena from his Lao Gan Ma! pic.twitter.com/WS6FCjDZy6