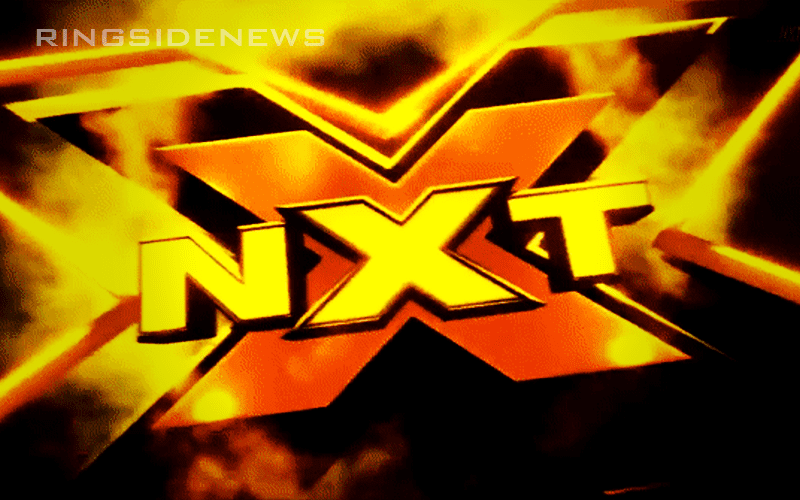 They played another hype video for the upcoming Shayna Baszler vs Kairi Sane match for the NXT Women’s Title at NXT TakeOver: WarGames. It will be 2 out of 3 falls so this one could be amazing.

Kyle O’Reilly hit some strikes to start off, but it didn’t seem to phase Hanson so the War Raider took him out of the ring with a shoulderblock.

Hanson wouldn’t let O’Reilly do much because he kept blocking him with his strength. Then Hanson delivered a flurry of stiff clotheslines all over the place and a bunch of shots to Kyle’s chest to sent him back out of the ring. Hanson followed, but Kyle got back in first and hit a dropkick and a DDT followed by some stiff kicks to Hanson’s legs finally taking the big man down.

Kyle hit a few more moved and went for a pin but Hanson launched him out of the ring. When O’Reilly returned, he continued to try and take Hanson back down and finally chopblocked Hanson’s knee. Hanson could barely stand at that point with all the damage to his leg and O’Reilly hit a dragon screw to injure him more followed by even more stiff kicks and a kneelock.

Hanson fought out of the kneelock and hit a backdrop and a few shots followed by a sidewalk slam and a splash. O’Reilly was shaken and then Hanson hit another slam for a two-count.

Kyle tried to lock onto Hanson’s knee, but Hanson just plucked him off and sent him outside. Then Hanson hit a suicide dive which is not something a guy his size should be able to do. Hanson hit another move and was setting up in the corner as Adam Cole came down saying, “Don’t you dare!”

Hanson went to the top rope and O’Reilly moved out of the way of the splash and then Kyle hit a knee for a two count. O’Reilly latched on another submission, but Hanson got to the rope. Cole nailed a kick to Hanson from the outside and helped with another near fall. Then Rowe ran down and stopped Cole to take him out.

.@KORcombat is doing everything possible for a win… #WWENXT pic.twitter.com/fN6WTAFHby

Hanson nailed a stiff clothesline after another back and forth in the ring. Suddenly, the rest of Undisputed Era showed up to take out Rowe who was on the outside. Pete Dunne ran down and he was doing good until Bobby Fish blindsided him. Sudenly, Ricochet jumped in out of nowhere and hit a giant splash on everyone.

But as all of this was going on, O’Reilly got the title and smashed Hanson over the head with the belt to steal the win in the ring.

This means the Undisputed Era will have the advantage in the WarGames match.