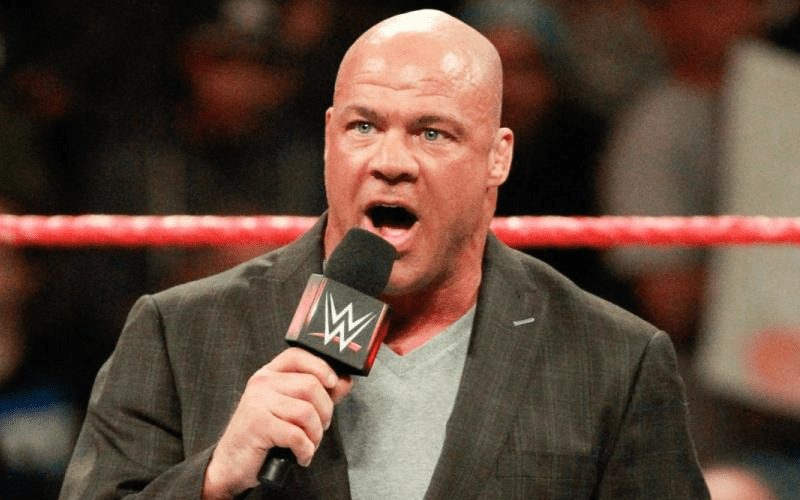 While participating in a Facebook Q&A, Kurt Angle revealed that he would be interested in having a match against NJPW’s Kenny Omega and NXT’s Velveteen dream. Below are highlights from the session.

Future on RAW: “I don’t know. I do want to wrestle more. I just started wrestling again so it’s going to take a few matches before I get the kinks out, especially being older now. I’m hoping I get a little bit more consistent wrestling in the future. Either way, I love contributing. We will see.”

Who he wants to face in NXT: “I met Velveteen Dream on an indie circuit four or five years ago. I’m amazed at his progress. I’d love to have a match with him before I retire.”

Who he wants to wrestle from NJPW: “Kenny Omega. He’s got talent. Love the guy. Never met him though.”

Shane McMahon winning the World Cup: “Shane has proven himself to be a great sports entertainer. I would have preferred him to earn the World Cup Title by wrestling in the tournament though.”