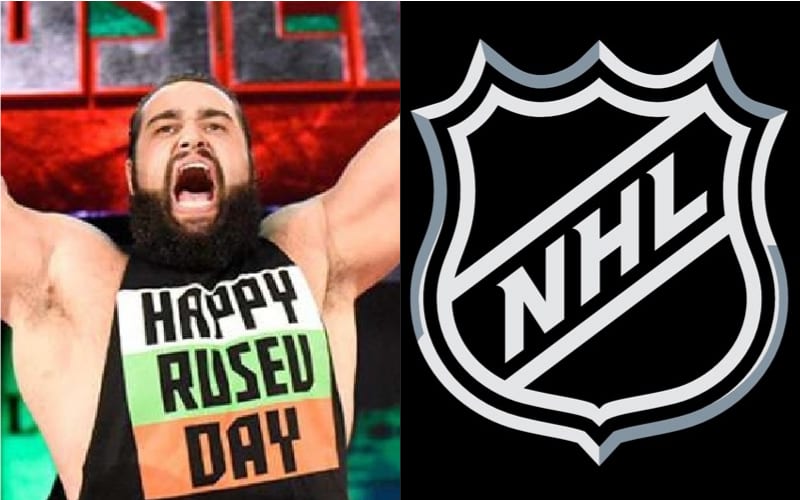 WWE is pop culture at its finest depending on who you ask, but even if they disagree that it’s the “finest” — it’s still pretty darn influential. The Undertaker’s entrance music is used at sporting events as is Bobby Roode’s and plenty of fans have seen their mascot take a chairshot a time or two if a WWE Superstar is in the building. So naturally, Happy Rusev Day has made an impact as well.
Rusev and Lana live in Nashville, Tennessee and they love it. Not only does Rusev really get into the local culture, but they are also home to their favorite NHL team the Predators.
The Rusevs have been known to frequent Predators games and even showed up in a few promos for the team. Obviously, the Nashville-based hockey team loves having them around too because they borrowed from Rusev’s signature gimmick.
Now you can buy “Happy Preds Day” t-shirts at Nashville Predators hockey games. It’s a pretty clever parody and the colors represent the team as well. Lana was pretty proud of this fact as she sent out a screenshot of one of the shirts on her Instagram feed stating how proud she was for “starting a movement” with Rusev (even though it was actually Aiden English and Rusev that really helped the catchphrase grow in popularity). 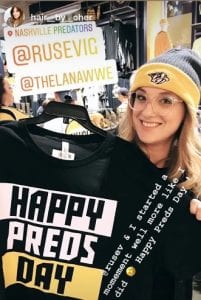