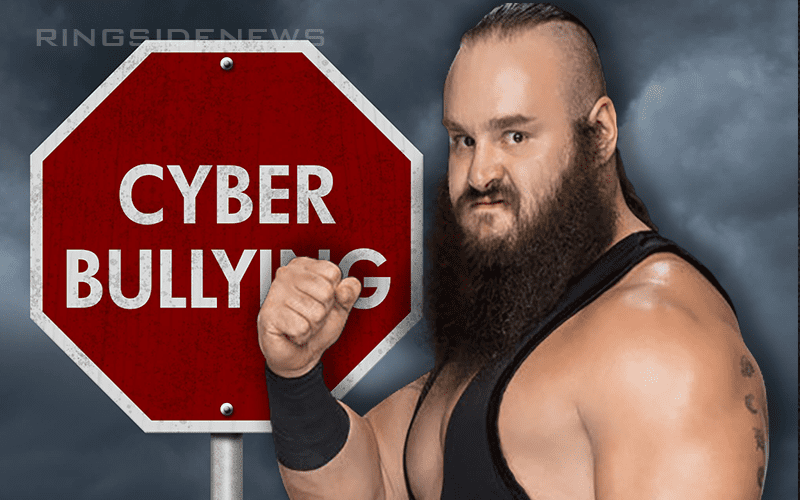 Braun Strowman may play the “Monster Among Men” on television, but the man behind the character, Adam Scherr, is said by many to be one of the nicest Superstars backstage in WWE. That said, it comes as no surprise that he is indirectly the latest target of cyber bullying.

WWE Superstars compete almost every day of the year, traveling around the world to entertain millions of fans. Superstars like Finn Balor and Seth Rollins are beloved by most, whilst Superstars like Braun Strowman often receive a level of criticism for their roles as heels on television.

Some fans seemingly don’t understand that Superstars play a character on television and at live events around the world. The actions of their characters don’t always reflect on the nature of the human being behind the character.

Posting to his Instagram account, Strowman explained that he is pissed off that fans would resort to attacking his family simply because they aren’t a fan of his wrestling character. Furthermore, he says he can take the attacks from fans because they aren’t fans of his, but they should never target his family. They aren’t involved in the WWE process.

This comes after a fan with the name “creightonstud” left comments on Instagram accounts owned by Strowman’s family. The comments included messages such as “your the worst just die,” and “you aint shit you fat ugly cow,” among other disrespectful content.

What is your reaction to this? Have you ever been affected by cyber bullying? Let us know your thoughts, opinions, and reactions in those comments below.