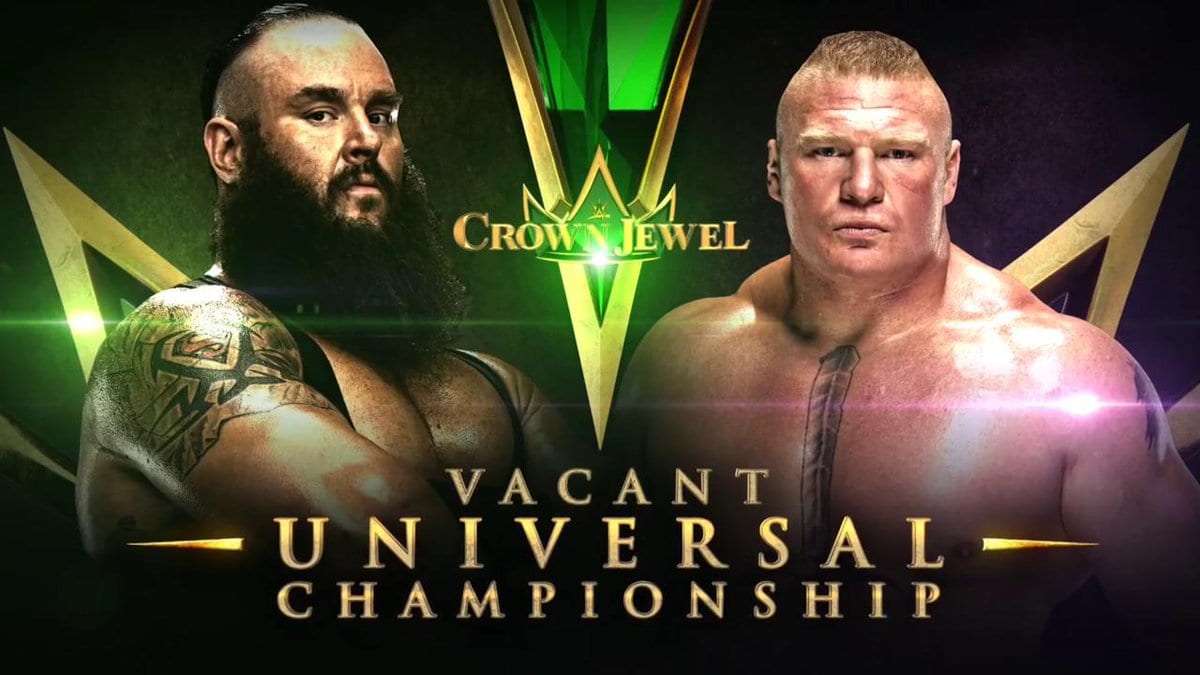 As seen on Sky Bet, the betting odds for Braun Strowman vs Brock Lesnar at WWE Crown Jewel have been revealed.
Despite all of the controversy surrounding WWE Crown Jewel it does seem as if we’re going to get a new Universal Champion, with Strowman and Lesnar being set to battle for the vacant title after Roman Reigns was forced to vacate the strap following the return of his leukemia. Of course, the match could always end up being a draw, but WWE would almost certainly receive some criticism for such a move.
At this moment in time Braun Strowman is the clear 2/5 favourite, with Lesnar being in the rare position of being an underdog at 7/4.

We all know that Brock is likely going to be returning to the UFC sooner rather than later in order to challenge Daniel Cormier for the Heavyweight Championship, but it seems as if there’s a very good chance that he’ll be sticking with WWE on a semi-regular basis too.
Given the kind of pay he receives for his appearances it’d make all the sense in the world for him to do both, but if he does end up losing to Strowman as the odds suggest he will, it makes us wonder what will be next for him.
Lesnar would almost certainly need to commit all of his attention towards mixed martial arts in order to maximise his chances of dethroning DC, so it’s just a question of when they want to book that fight – if Cormier gets through Derrick Lewis, of course.