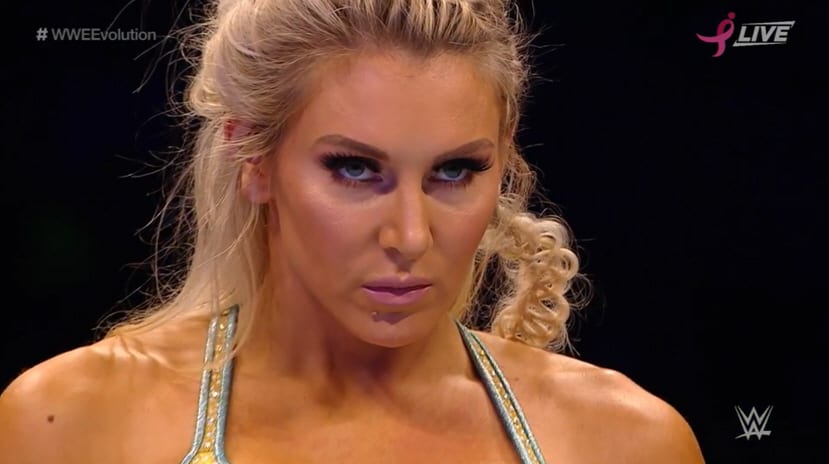 Becky Lynch emerged from a brutal last woman standing match at WWE Evolution as she retained the SmackDown Women’s Championship. It was said to be one of the greatest last person standing matches that some fans have ever seen. But if you’re loving Lynch as champion, you might want to cherish those moments while you can.

Bryan Alvarez said on Wrestling Observer Live that “mark my words,” regarding the fact that Charlotte Flair will be the SmackDown Women’s Champion by the end of the year. He noted that giving Lynch a clean win at WWE Evolution was “throwing the fans a bone” and that Flair could win the title as early as Survivor Series.

The thinking might also be to let Lynch vs Flair happen at TLC in a signature match for the event. After all, they already got tables, ladders, and chairs involved in their match at WWE Evolution.

Only time will tell how WWE books the remaining days of Becky Lynch’s title reigns — but it seems like Charlotte Flair is still their #1 woman on the blue brand. But in the meantime, Lynch is going to do everything she can to prove that she not only deserves the title but also has a strong enough fan base to sit on top.