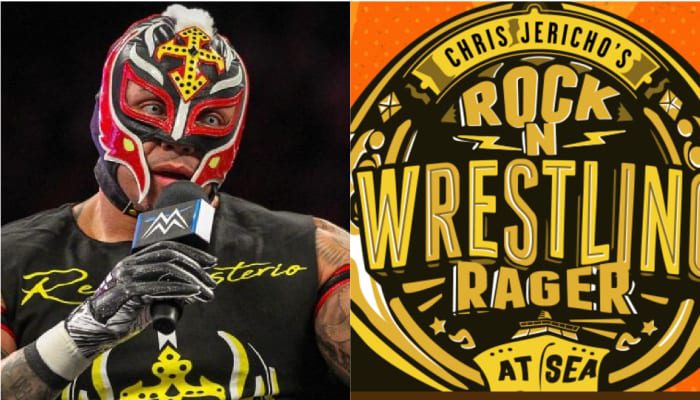 Rey Mysterio is a WWE Superstar once again and working on a full-time (ish) scheduled for the company. His new contract is for 2 years with an option not to renew at 18 months so he can decide if he doesn’t want to stick around after that point. But WWE recently reportedly made attempts to prohibit Mysterio from attending a cruise on his free time — but of course, he went anyway.

Chris Jericho has an interesting relationship with WWE at this point. You might not think someone who holds the IWGP IC title appeared at ALL IN and also teases Impact Wrestling affiliations is on speaking terms with Vince McMahon — but apparently, that’s the case. However, it’s not WWE talent on Chris Jericho’s cruise either — it’s ROH and Impact Wrestling.

As we previously reported via The Wrestling Observer Newsletter, WWE was making attempts to keep Mysterio from going on the Rock n Rager Wrestling At Sea even though he had said he would go — he’s not wrestling. But they still wanted him to give up a cruise on a weekend he wasn’t booked.

But as you can see here, Mysterio still appeared maskless on the cruise ship. That’s a pretty bold move, but apparently, WWE’s attempts to keep Mysterio from going weren’t all that great because he went anyway.