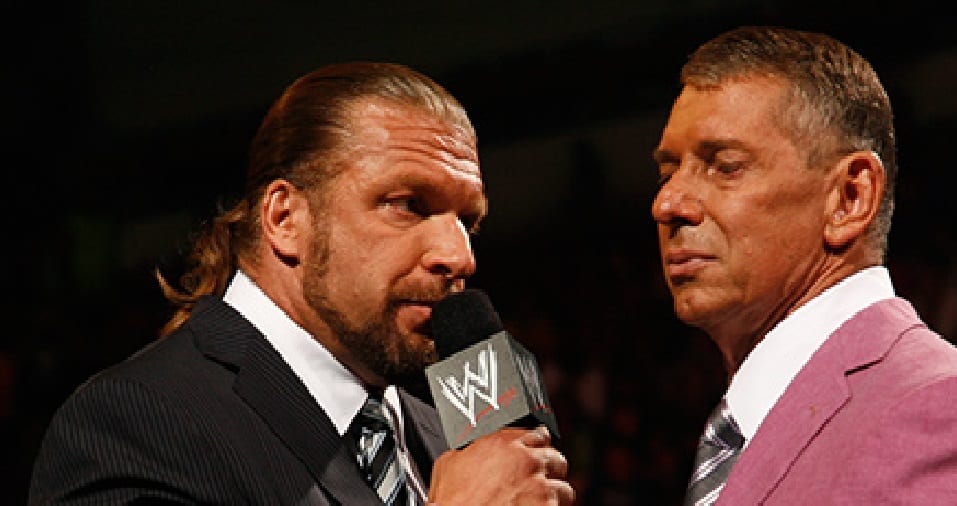 Triple H is The Game and he knows how to play — insert best Lemmy impression here. But there was a time when Vince McMahon wasn’t interested in putting any effort into playing Triple H as more than a B+ player.

Bruce Prichard discussed Triple H’s early career on Something To Wrestle With as he explained how Vince McMahon didn’t really think Hunter Hearst Helmsley had what it took to make it in the main event — but he did hate his hair. Thankfully, a different Vince in the writer’s room saw something more in the future COO of WWE.

“I’ll never forget when Triple H started and different things were happening and people would suggest new guys to try something new with and Vince would always say: ‘You know what? He’s a midcarder at best. That’s as high as you’re going to get with him.’ And there’s always a caveat, ‘if he doesn’t change, if he doesn’t grow up, if he doesn’t make some changes to what he’s doing.'”

“Interestingly enough one of the things that always drove Vince nuts was the hair. Vince always used to talk about, ‘I’m going to get that hair one day.’ We’d always come up with ideas to get Triple H in a hair match and shave his head and he fought it every chance that he had he would never do it — wasn’t interested in it. And Vince said, ‘I’m going to get me that hair one day.'”

“Then he did but we didn’t get to shave it on TV or anything — he just went and got it chopped off one day.”

Prichard also said that it was Vince Russo who really pushed for Triple H to get a shot on the upper level of WWE — obviously, it paid off. But, now Triple H has Russo to thank too.