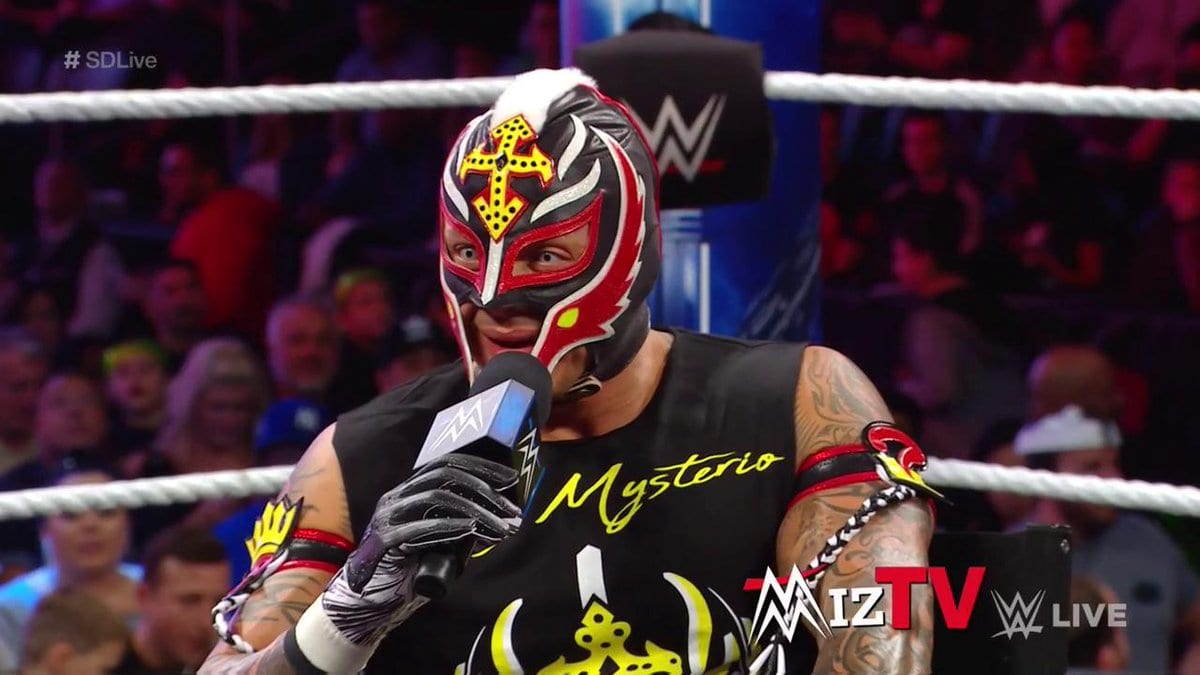 Rey Mysterio was guest on Miz TV this week and the crowd was more than happy to see Mr. 6-1-9 back in WWE. Of course, Miz tried to stir the pot initially and asked why Mysterio was back to which he replied, “It’s good to be home.”

The Miz tried to get under Mysterio’s skin by saying that fans aren’t into the “plucky underdog” anymore — they’re into “larger than life stars like me” to which to crowd booed heavily.

Mysterio said he was disappointed because he thought he was booked to be on Truth TV. The Miz didn’t like hearing that but still asked Rey if he wanted a dance break. The Miz said Truth TV last week was an “illegal broadcast” because he had the segment canceled.

Mysterio said he didn’t come back to SmackDown Live to be on some “dusty talk show” he actually came back to compete. Then Mysterio threw down an invitation to The Miz to throw down. The Miz didn’t want it to happen, but the crowd disagreed.

You can't blame @reymysterio for being a little disappointed…

Then The Miz kicked Mysterio when he wasn’t looking and gave him a little beat down before Mysterio set him up for the 6-1-9 and then The Miz backed off. Then the two had a match.