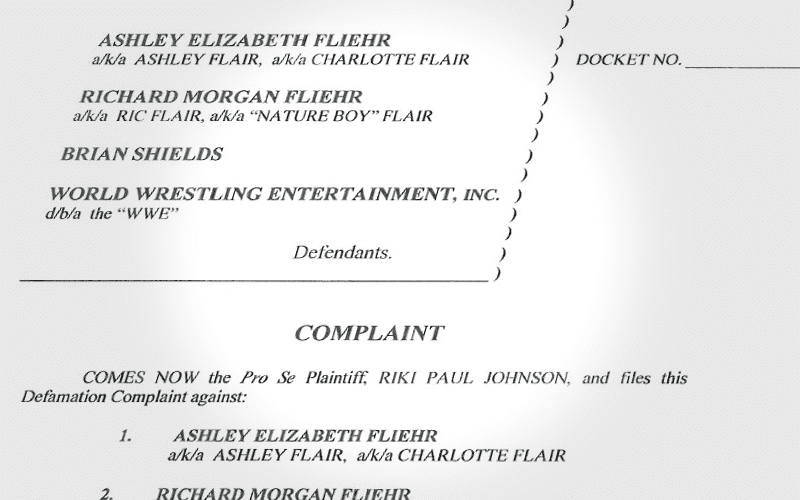 As noted earlier today, Ringside News obtained the official court docs in Charlotte Flair’s lawsuit with her father Ric Flair & WWE against her ex-husband who is suing them for $5 million in damages over accusations that were made in her “Second Nature” book.

We first reported today that the docs revealed that the ex-husband has footage of Charlotte blurting out racist remarks at police officers in an earlier incident and there is also a motion to try to have her book pulled until the lawsuit is over.

At the time of press, we did not make these docs available but you can now check them out below. 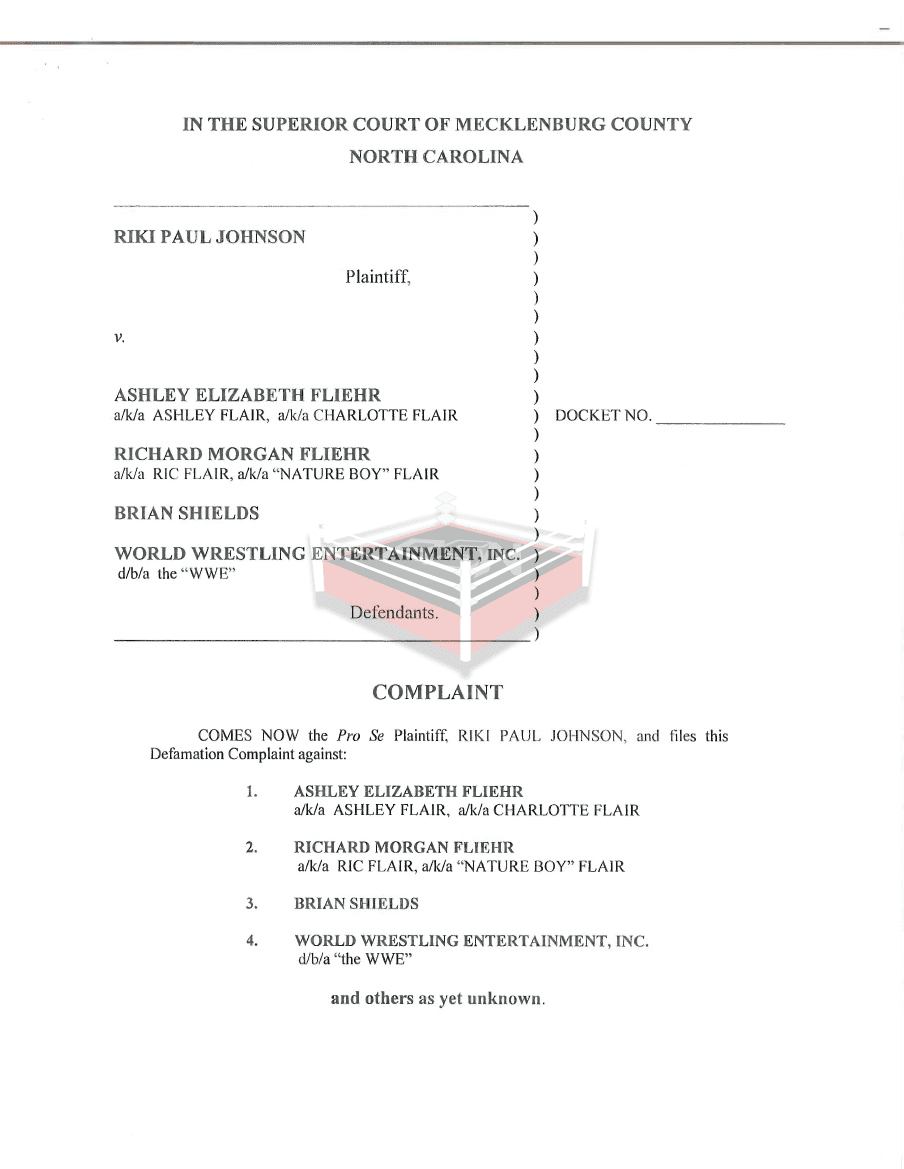 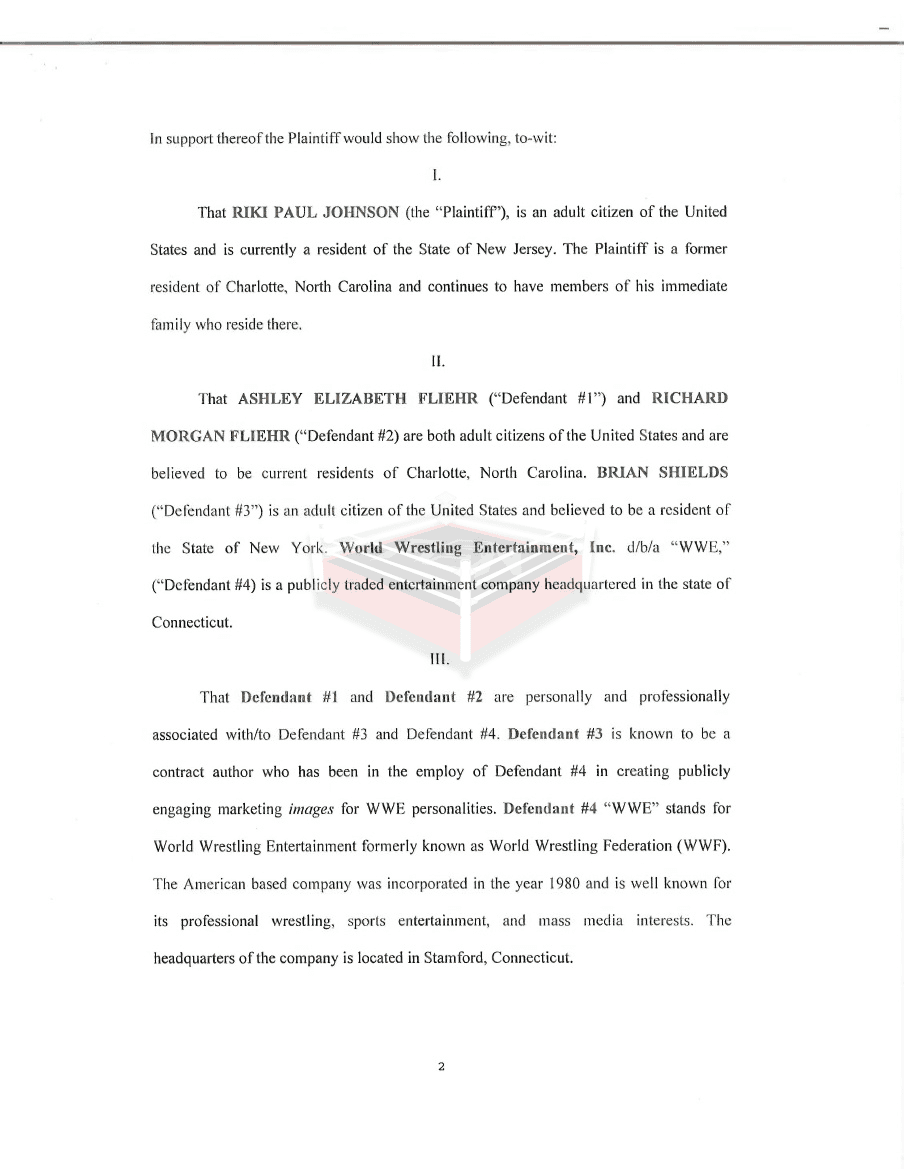