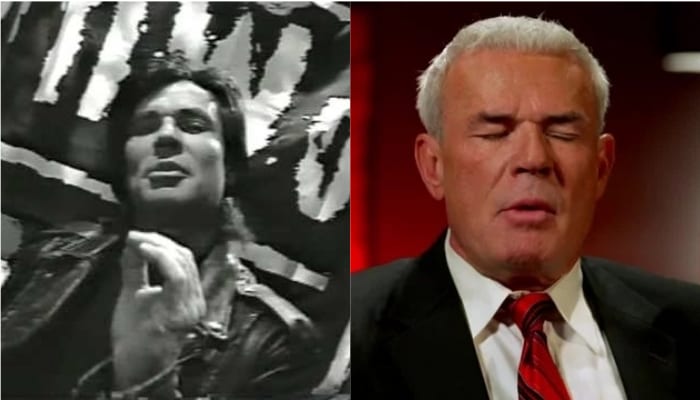 Eric Bischoff has WCW in his rearview mirror at this stage in his career, but he’s more than happy to discuss every detail of his time running the Ted Turner owned company on his podcast 83 Weeks. They recently covered The Giant, who would later become WWE’s Big Show and Bischoff had a lot to say.

Conrad Thompson read a portion of the Wrestling Observer Newsletter from the time period when The Giant joined the nWo. In this excerpt, Thompson read aloud that Davey Boy Smith was supposed to be in the nWo instead but he signed a new contract with WWE so he would stay around there longer.

This caused Bischoff to speak up and he let loose about this rumor to set the record straight.

“I can’t speak to anything that happened between Davey Boy and the WWF because I wasn’t there. That’s for Bruce Prichard. I can tell you unequivocally 100% certain without doubt of mind without any hesitation in my voice Davey Boy Smith was NEVER going to be a part of the nWo. There was never any discussion of recreating the Lex Lugar moment from the year prior on Nitro. That is complete bullsh*t.”

“Kind of in the same category as ‘Mable was the 3rd man’ it is fabricated bullsh*t reported as fact.”

Bischoff went on to rant about how there was never a syllable or vowel on this planet about the British Bulldog becoming a part of the nWo. He then went on to say that “whatever stooge fed that to Dave knew that Dave was a sucker and he would print it.” Bischoff then noted that he was sure there was some agenda behind the move as well.

So if you ever heard the rumor that Davey Boy Smith was supposed to be part of the nWo but that fell through and they went with The Giant, that’s not true according to Eric Bischoff. He didn’t deny that WCW had talked to Davey about coming in around that time but he re-signed with WWE, but he wasn’t in any consideration of joining Hogan, Hall, and Nash.