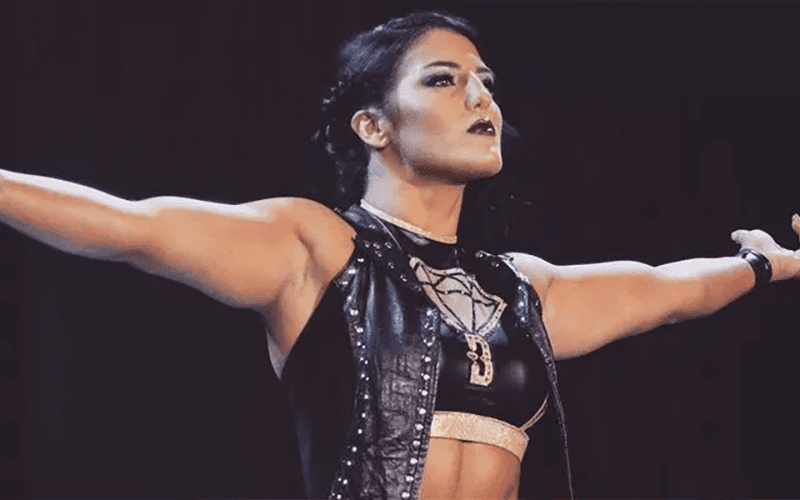 Impact Knockouts Champion Tessa Blanchard defeated Taya Valkyrie at Impact Wrestling’s Bound for Glory PPV over the weekend. However, her title retention was overlooked by many due to the actions of the now-former Impact World Champion in Austin Aries.

While there is an ongoing debate as to the legitimacy of the angle, and whether the talent themselves are in on a proverbial worked shoot, Blanchard took to Busted Open Radio where she gave an insight into how not only herself but the entire locker room reacted to Aries’ behavior.

After losing to Johnny Impact in the main event, Aries had immediately got back up, walking to the back as he flipped fans, management, and announcer Don Callis off. We have reported that this may have been his final contracted date, but other reports we’ve covered suggest he could be working a ‘loose cannon’ storyline.

As the first question, Blanchard was asked to provide her opinion on the ending of the show, with Aries walking out.

When pressed for further information, Blanchard is asked to explain if she questioned the whole segment, which definitely translated on TV.

“To myself, yeah, of course. I’m sure everyone had a lot of questions. There is a lot of uncertainty. The whole locker room was kind of not really sure what was going on, I guess. But yeah, I honestly- I’m very indifferent because I don’t know what to think.”

On a personal level, Blanchard reveals that she does feel Aries disrespected the locker room.

During the interview, Blanchard is claimed to be known as one of the best female wrestlers in the world. When asked to provide her comment on that, she laughed, noting that she doesn’t think she is in that discussion right now but is working towards it.

“When I started, there’s a lot of misconceptions and maybe people thought that I was given opportunities early on because of my name, and maybe that is true, but I’ve always said your last name may get your foot in the door, it might get you in front of the right people, it might give you an opportunity but once you get in the ring, it doesn’t do jack sh*t for you. You know, it’s maybe who you know to get there, what you can do to stay there, even.

“But I do. I’ve always wanted to work hard and back it up. That way when people did say those things, there was no validity to it.”

Finally, Blanchard reveals how her match at ALL IN earlier this year came about, and what was so special about the event for her, given her family background and short length of time in the wrestling business. Of course, Blanchard went on to win her bout against Chelsea Green, Britt Baker, and Madison Rayne.

“It makes me emotional even talking about it. When I talked to- actually when Cody even asked me to be a part of ALL IN I was completely taken aback because I- in December it will be five years since I started wrestling. I- for all intents and purposes, I don’t deserve to be where I am right now, at all. I’m very grateful, very humbled.

“Just- I am five years into wrestling. That’s crazy that, you know, I get to travel the world doing what I love and make a living out of it right now. That’s- I’m twenty-three years old. I’m just, sometimes even after matches, like I have to really take a step back and just remember where I came from and thank the people like George and Cedric, who helped me from day one. It’s important- I always try to remember those things and remind myself of that, so that I never get carried away or lose myself.

“But ALL IN, when Cody asked me to be a part of it, that was- ’cause in my heart when they announced the show like I really wanted to be a part of it, but I didn’t want to ask. Then Cody asked me, and I was like ‘hell yeah, hell yeah I want to do that!’ Then we were talking and we thought it would be a cool way to honor Dusty and then honor my family as well to have my step-dad come out with me ’cause my dad gets a lot of recognition, ’cause that’s my dad. I’m my dad’s daughter. But my step-dad also had a lot to do with raising me, and they both are such a huge part of my life.

“I always say I get the best of both worlds, because my dad is very strict, and he loves me and is proud of me, but he is also like ‘this is the way it is, this is the way it needs to be. You need to work hard, you need to be in shape,’ and it’s very straightforward. My step-dad can be like that too, but he is very- ‘follow your heart and your dreams, and if this is what you love, you f*cking go out there and you do it.’ So I would say I get both sides of the spectrum, kind of.”

Where do you stand on the Aries situation? Would you consider Blanchard as being part of the discussion for being the best in the world? Let us know your thoughts, opinions, and reactions in those comments below.

If any of the quotes above are used, please credit Ringside News for the transcription.