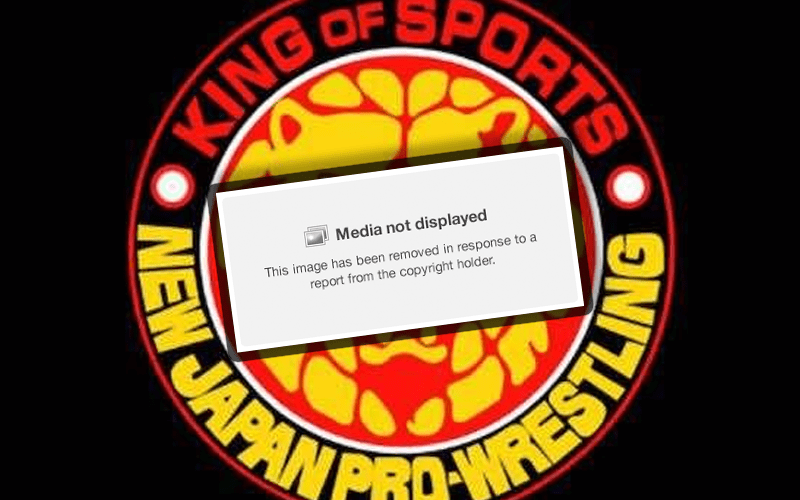 New Japan Pro Wrestling has grown exponentially within the past few years. Much of this success has been due to the stars finding themselves in New Japan and social media, as fans often promote the product on services like YouTube and Twitter.

It now appears that New Japan is issuing copyright claims to notable Twitter accounts who are well known to post GIFs of various events. Of these names, we can confirm that @BulletClubItal has had his account completely suspended due to the claims. He has a new account at @BulletClubIta for the moment, though it remains to be seen whether he can return to the original account.

To follow this up, @MrLARIATO has also revealed he received copyright claims on various GIFs he has created on the New Japan product. At this time, though, his account remains up.

You can read the statement by @MrLARIATO through his tweet below. This also features an image of his own copyright claim from New Japan:

@MrLARIATO would follow this up by revealing that the claims came directly from an official at the company and wasn’t a third party. He also adds that he’ll have to stop creating GIFs of the New Japan shows.

The translation on the claim, as @MrLARIATO writes, is as follows:

“The uploaded and published the video of the above pro-wrestling entertainment organized by our company on our official paid video distribution site infringes our copyrights seriously.”

At this time, we have no confirmation that accounts like @GIFSkull and @TDEWrestling have been affected by the copyright claims, though it seems the likelihood of them receiving them will only continue to grow.

While it is a legal process for New Japan to perform, this will certainly be seen as a negative move by New Japan’s management from many social media users. We will see how the company responds to the reactions on social media.

What are your opinions on this development with New Japan? Should the GIFs be allowed? Let us know what your thoughts, opinions, and reactions are in those comments below.