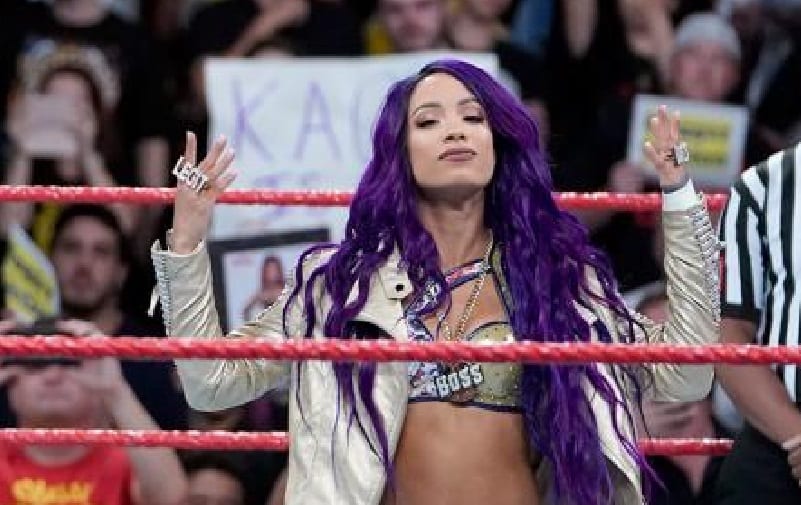 Sasha Banks returned tonight on Raw wearing Wonder Woman-inspired ring attire. She didn’t wrestle, but she was introduced by Natalya as one of her two pieces of back up as she faced Ruby Riott on Raw.

The Riott Squad are intimidating and play the numbers game to get the odds in their favor. So Nattie came out on Raw this week before her match with Ruby Riott and introduced Bayley as her backup but didn’t stop there. She then introduced Sasha Banks as her second ally and The Boss stood ringside by Bayley as they watched Natalya and Ruby Riott wrestle.

It’s not exactly clear why Banks was out of action, but she wasn’t injured and Joe from Barnburner’s No Holds Barred podcast said that she just needed some time off to clear her head.

Banks was able to get involved after the match ended via DQ and The Riott Squad started to pick Nattie apart before Bayley and Sasha jumped back in the ring and hit some tandem moves on Liv Morgan and Sarah Logan before Ruby Riott ate a German Suplex from Nattie.

If anything doesn’t this look like a possible 6-woman tag match at Evolution?