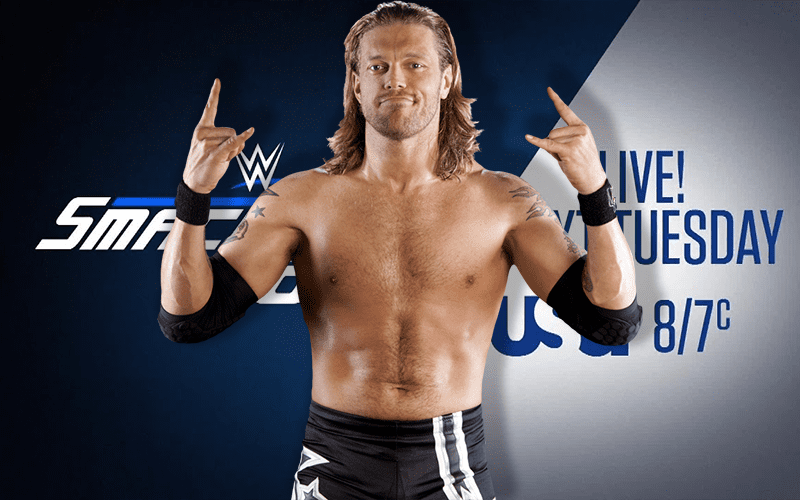 We previously reported that WWE Hall of Famer Edge was seemingly removed from the thousandth episode of SmackDown as WWE has neglected to include The Cutting Edge segment they previously revealed in their previews, and all mentions of the “Rated R Superstar” appearing have been removed.

In an update to this story, PWInsider has confirmed Edge will still be appearing at the event. Given that his talk show and appearance was removed, it is unknown exactly what the former World Champion will be doing. It is likely, however, that he makes an appearance alongside Christian, who is reportedly scheduled to be at the show.

Mike Johnson confirms in his report that The Big Show and Booker T are both also scheduled to show up during the event this Tuesday night. Show last appeared on WWE TV last week in a losing effort to Randy Orton, while Booker T’s last appearance was as King Booker after The New Day captured their SmackDown Tag Team Championships from The Bludgeon Brothers.

Johnson also notes that The Rock is filming the spinoff film to Fast & Furious in London, and will likely be unable to appear live at the show this week. Rather, fans should expect a video message from “The Great One,” if anything at all.

Who do you want to see at SmackDown 1000? What are your fondest memories of SmackDown? Let us know your thoughts, opinions, and reactions in those comments below.