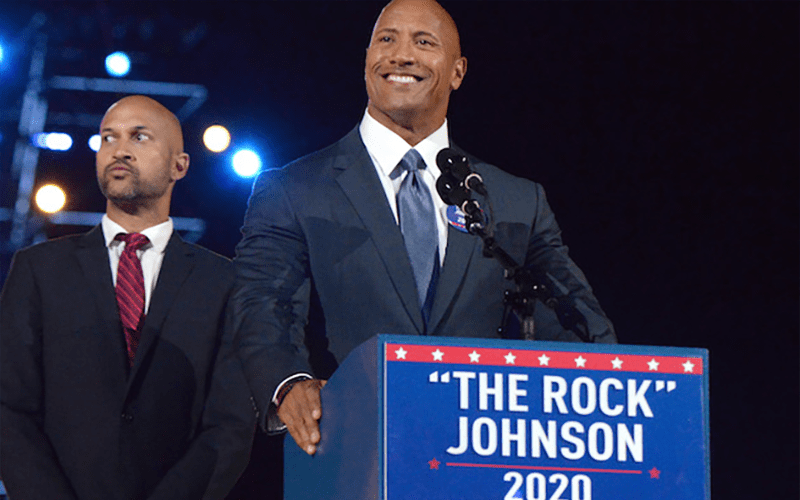 Chris Jericho’s interview was recently released on YouTube from his Larry King Now appearance. During his time with the legendary broadcaster, Jericho was asked about The Rock’s possibility of running for President Of The United States Of America. This is something The Rock has teased before, but then he pushed back his projected campaign from 2020 to farther down the line.

But according to Jericho, The Rock would have no problem doing the job due to all of the natural abilities he has that make him The Great one.

“Absolutely. We live in a world now, I call it ‘The era of the celebrity President’. Started with Obama a little bit, and now with Trump. No previous experience, knows how to work a camera, knows how to be charismatic. That’s what you need to be the President now. We’ve already established that. You don’t have to be a Governor. You don’t even have to be a Senator.”

Only time will tell if The Rock will open up his life to the kind of scrutiny involved in running for the highest public office in the land. But Dwayne Johnson said himself that he needs to learn a lot about administrating before he really takes a go at running for POTUS. However, from the sounds of it, he certainly had Chris Jericho’s vote.