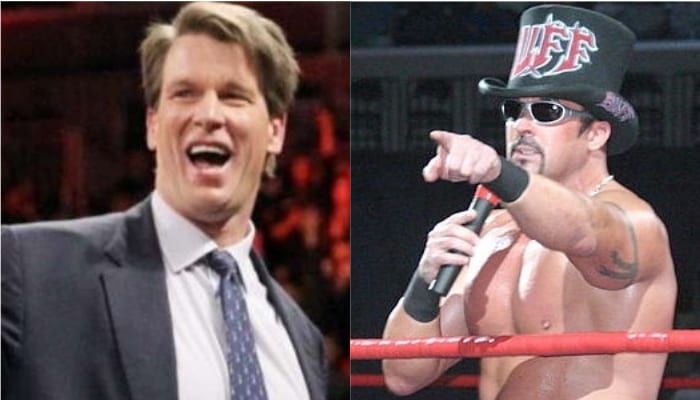 Buff Bagwell didn’t spend a lot of time in WWE at all following WCW’s invasion. He was given a great opportunity to present a WCW match with Booker T on Raw and it fell very flat. This was rumored to be a test for a WCW show on WWE programming, but it was so bad that Vince McMahon pulled the plug on the idea.

Chavo Guerrero Jr was in WWE by the time the Invasion took place and he remembers the Booker T vs Bagwell match well. He said on Why It Ended that the two could tear the house down and had done it before but it just wasn’t working that night for them on Raw.

Then Chavo gave a little bit more clarity on why Buff Bagwell was released from WWE so quickly and apparently, JBL had something to do with it as he allegedly vocal about his displeasure of Buff Bagwell as were others because for some reason Buff rubbed them the wrong way.

“But it’s just you know, if you get those rumors circulating that’s just never good. That’s never really good for you. That’s kind of what happened. I wasn’t in the office I don’t know why they let him go or the situation behind.”

“But Buff was better than that and would have had a place in WWF if they just, the right cards were dealt.”

It looks like backstage heat and the fact that Booker T vs Buff Bagwell did not deliver in the slightest were all contributing factors to his release. Apparently, JBL “had it out for him” as well which is never a good thing considering his backstage pull with the boys in the locker room. Also, the fact that Judy Bagwell called for her son didn’t help matters either.