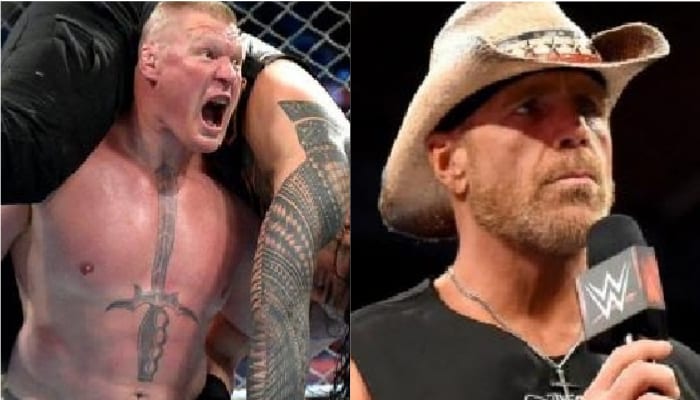 WWE Crown Jewel has a lot of controversy at this point, but it appears that WWE and the Saudi Arabian government are still gearing up for the November 2nd event anyway.

Dave Meltzer noted on Wrestling Observer Radio what kind of predicament WWE is in right now with all of the mainstream attention on Saudi Arabia’s actions.

It isn’t a good look for the company and although one alternative to holding Crown Jewel would be to just reschedule the big matches for Survivor Series, he continued to note how that might not be the most acceptable strategy for at least one of the top stars being brought in for the Saudi Arabian event.

“The logical thing is, ‘Oh we’re just going to take the matches and put them on Survivor Series because it’s our next pay-per-view.’ But it’s just not that simple especially with Shawn and Brock in particular. Then what do you do?”

“I think Shawn in his position, I think he kind of has to do the match and just, ‘Oh well, oh well,’ right? ‘I’m going to do the match, I’m not going to make the money I expected,’ but he’s close to Triple H and he’s going to understand that.”

“Brock on the other hand, is a very different animal and you know. Is he going to go and do a favor? Or does WWE go to Brock and go — which I don’t see them doing — going like, ‘Okay, all those millions you were going to get for one match, we’re still going to pay you for Survivor Series.'”

It was noted that Survivor Series being a few weeks after Lesnar’s planned Saudi Arabia match could cut into his MMA training and the bumps he might do in the match could set him back in that regard as well.

Only time will tell what happens, after all, WWE still appears to be rollings ahead with plans for Crown Jewel. But, things could get rather interesting if WWE needs to switch around this big money show because not only is the event at risk but also the huge paydays promised to the top names scheduled to be at the event.