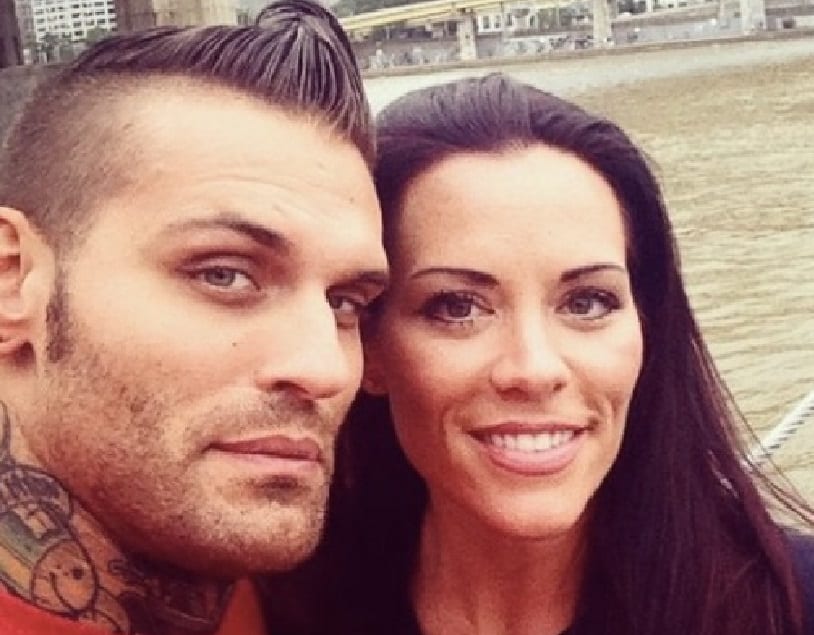 Corey Graves is in a very public position with WWE, but apparently, his wife has received a fair amount of backlash as well. The Raw and SmackDown announcer recently explained why he took a break from social media and it had a lot to do with the fact his wife was becoming a target and his brother Sam Adonis’ behavior at a RevPro where he used an awful homophobic slur didn’t help things.

Graves spoke to the Not Sam Wrestling podcast where he explained his break from social media. He started out by asking the live crowd at Carolines, “how many of you have sent me mean tweets?” Then he went on to elaborate on his status in his “war with social media,” and keep in mind this podcast was just released but recorded before SummerSlam.

“Oh my brother turned out to be the idiot, so the timing couldn’t have been worse. I got bored, man, like people were sending messages to my wife. Really bad sh*t and I was like, ‘Who has time for that?’ She just happens to like just exist and be hot and people say bad things about her and I’m like, ‘Wait, that’s not her fault it’s my fault but it got to be exhausting.”

Graves did return to social media after his hiatus, but he went on to explain the conversation he had with his brother after Adonis showed up in England and started wielding colorful and hateful language around with a total disregard of his environment.

“My brother is an idiot, I can’t say anything more about it. I sent him a text and I’m like, ‘Dude, I love you. You’re still my brother. But you’re an idiot.’ So you screwed up beyond… it is what it is.”

Only time will tell when Graves might need to take another vacation from social media, but it seems like he had plenty of good reasons to take his recent hiatus. Let’s just hope that fans will realize who they need to direct their aggression out on from this point forward. But, there’s still no real excuse for what Sam Adonic said at RevPro. That one is still a puzzler to us no matter how talented at drawing heat he might be.