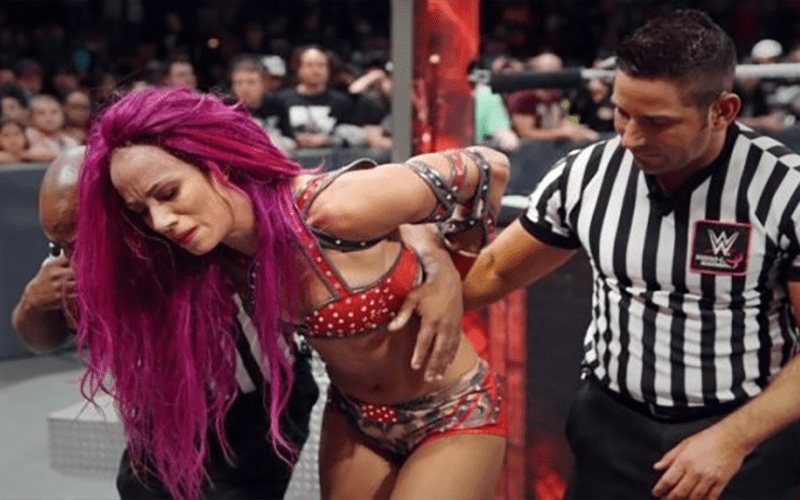 Sasha Banks and Bayley were running as best friends once again and Banks was gearing up for the WWE Evolution pay-per-view event. But she was taken out of action out of the blue leaving some fans to wonder what was going on.

Ryan Satin reports that Banks is out with a nagging back injury. It’s not known how serious it is at the moment, but this rest was much-needed.

It’s been hard for anyone to get any additional information on Banks’ condition from sources which should be a sign that WWE is being very guarded with this information.

Hopefully, she will be okay and get back to action soon. But she was pulled from a recent MTV show however, Banks has been promoted for a house show on October 20th, then again those events can be changed in a moment’s notice at this point.