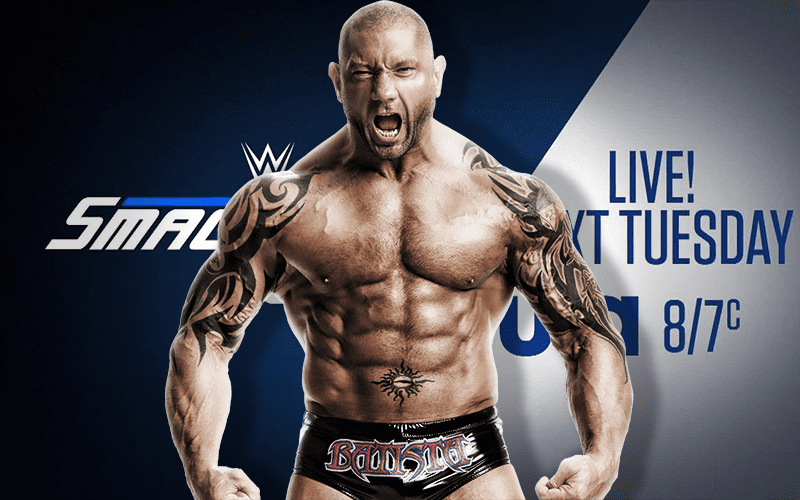 It doesn’t appear that Batista will be in action when the Evolution faction reunites at the SmackDown 1000th episode next week. However, Mike Johnson of PWInsider mentioned in his latest Q&A that it’s very possible that they actually set up an angle for Batista to wrestle somewhere down the line.

“Not on the show, but it’s possible they do an angle to set up him wrestling elsewhere down the line.”

Batista has been very vocal as of late in regards to having one last run in WWE where he has a program with Triple H. It will be interesting to see if WWE starts that build next week, with a payoff match at WrestleMania.