X-Pac opens today’s show by talking about the main event of UFC 229. He says that he’d never justify Khabib’s actions after the fight, when he jumped the cage and attacked McGregor’s camp in the audience, but there’s no denying that McGregor poked the bear one too many times. He also points out that UFC fostered this atmosphere through their promotion of this fight.

Nonetheless, UFC made a pile of money and sold a boatload of PPVs this past weekend. X-Pac thinks there’s going to be a rematch between these two fighters and he’s sure that fight will make millions of dollars as well. 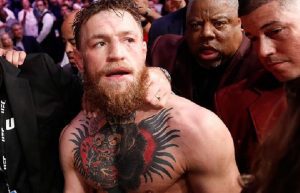 X-Pac congratulates Buddy Murphy on winning the Cruiserweight Title at Super Show Down last weekend. He points out that Murphy is somewhat of a powerhouse in the cruiserweight division and he likes that. He also likes the realism of Murphy struggling with his weight in order to stay under the 205 weight limit.

X-Pac notes that it’s important for the cruiserweights to continue to work on their characters because it takes so much to impress people nowadays. There are plenty of performers around the world who can work the high-flying style, and unless you work on the subtleties of your in-ring work as well as your character development you’ll be left behind.