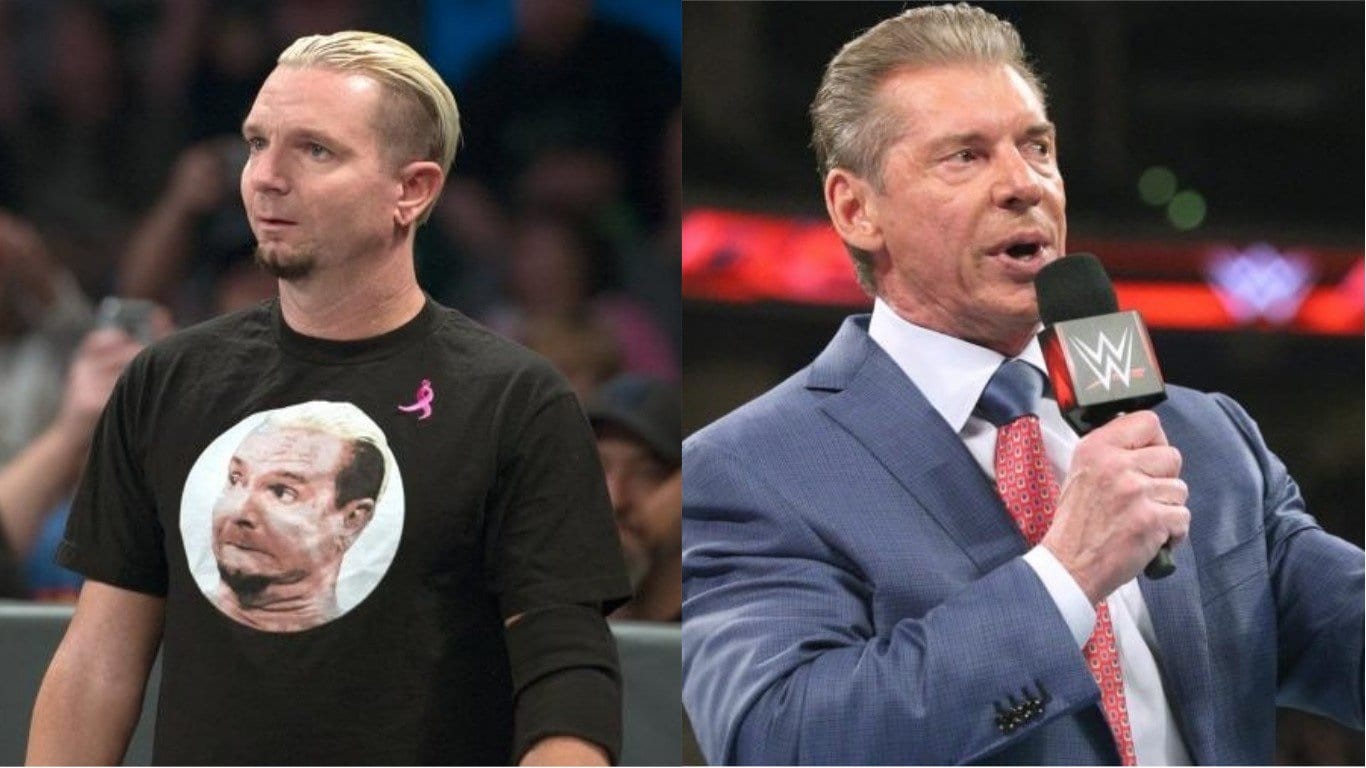 James Ellsworth isn’t around WWE anymore, but all it would take is a phone call to bring him back. After all, he’s totally game to make a return as he continually uses #RehireEllsworth on Twitter. But during his first run which started out as being an enhancement talent for Braun Strowman, Ellsworth made a great impression with the one man who matters: Vince McMahon.

Ellsworth spoke to The Taz Show about how his WWE journey started. He said that he was called in to be an extra for Raw and didn’t know what he could be doing from a Rosebud or someone just standing backstage in a shot. But that night he was chosen to get squashed by Braun Strowman which was a spot McMahon loved seeing him in as he sought out for James Ellsworth after the match had concluded which is something McMahon rarely does.

“Right after the match, Arn Anderson, who was the agent for the match, told me Vince was looking for me. I said, ‘Oh really? Why would he be looking for me? What did I do wrong?’ I found Vince and he was coming down the stairs there outside of Gorilla looking for me and I found him.”

“He said, ‘Hey, I just wanted to tell you that you did a very good job. I was very pleased with that. Thank you!’ I was like, ‘Huh?’ Jericho called me that night, and I told him about that and he told me the same thing about Vince McMahon rarely thanking someone, and told me the same thing on his podcast as well. It just doesn’t happen a lot. To me it was out of nowhere. I didn’t expect it and very, very cool. I’ll never forget that moment, for sure.”

Ellsworth also discussed how his relationship with Vince McMahon was as he saw the boss as someone who he could approach even though McMahon was rarely available due to his extremely busy schedule.

“Whenever I got the chance to talk to him, which wasn’t often, but every time after a segment or a match, I would walk up to him at the Gorilla and thank him for the opportunity, and he’d shake my hand. Other than that, we talked a handful of times in the office. I didn’t try to bother him too much, and it was always very positive.”

James Ellsworth will hopefully continue a good relationship with WWE so he can show back up once again. But at this point, he might be in line to come back as a massive heel and go after R-Truth for taking his spot as Carmella’s partner on SmackDown Live.