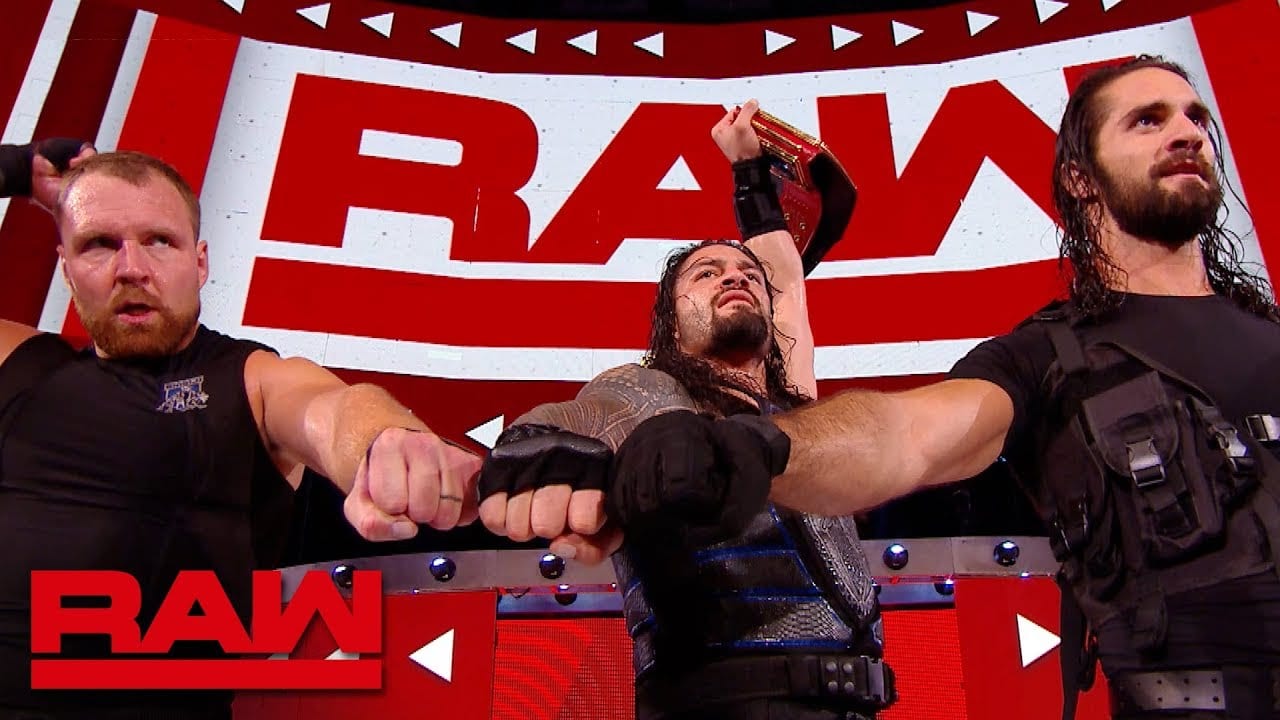 The Shield used to come through the crowd during their first run wearing ski masks. Some people wondered why they did this, perhaps for a means of keeping germs from entering The Hounds Of Justice’s lungs? But for whatever reason, it still looked cool.

Fans in Australia were pumped to see The Shield make their way to the ring through the crowd at the Melbourne Cricket Ground, but they were even more surprised to see that after so long walking to the ring with bare faces, Roman Reigns, Seth Rollins, and Dean Ambrose were sporting masks once again.

This match between Braun Strowman and Dolph Ziggler and Drew McIntyre vs The Shield went as most would have expected. There were 3 top titles in this match with the Universal Championship, IC Title, and Raw Tag Team Championships but none of them were on the line. Instead, this was a 6-man match with 6 top guys that was intended to build toward something bigger down the line.

This was a hard-fought match with a few cool spots, but in the end, it didn’t really mean much in regards to the story except to tease an eventual heel turn for Dean Ambrose and to show off how destructive Braun Strowman is. Roman was able to save Ambrose from a spear by Strowman as he headed off the Monster Among Men to spear him through the barricade instead. Then Rollins saved Ambrose from a Zig Zag/Claymore Kick combo and Ambrose got the win with a Dirty Deeds.

But no matter what happened in the match, people are still talking about how The Shield broke out their masks during the entrance once again.

The masks have returned as The Shield have entered the building for their match. #WWESSD pic.twitter.com/pymFBik02p