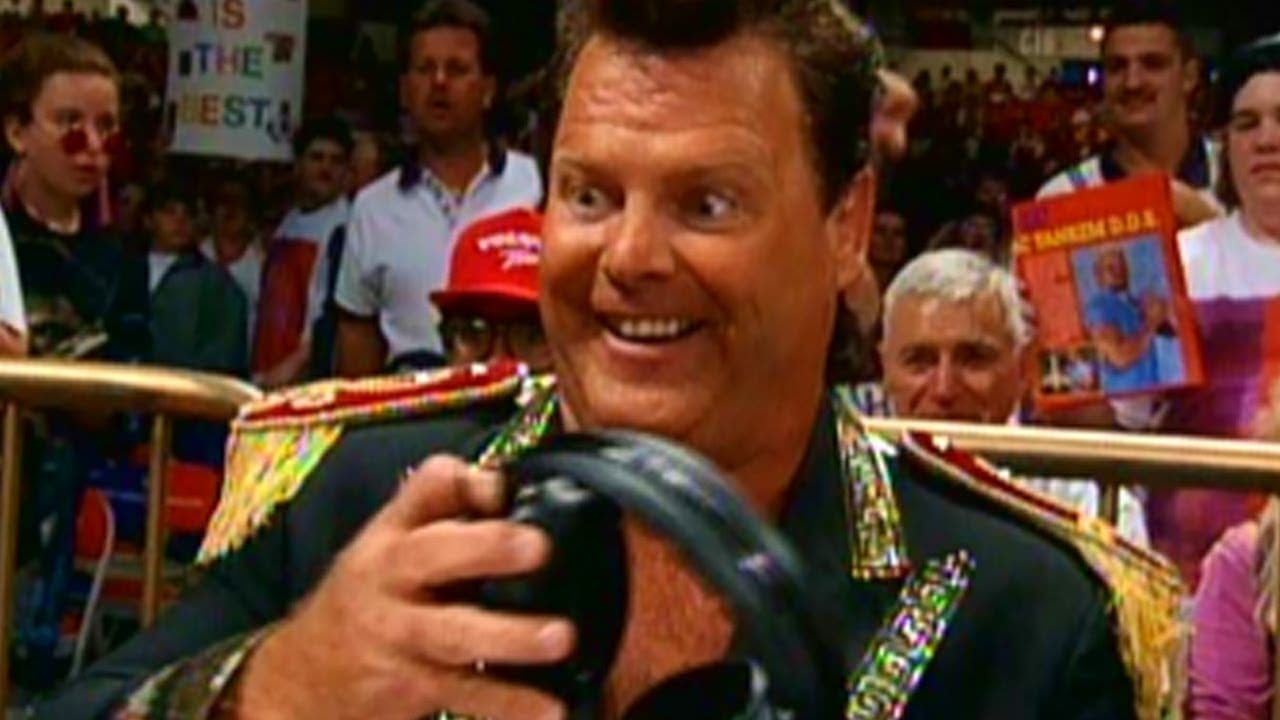 Jerry “The King” Lawler has a ton of stories to tell and the WWE Hall Of Famer might be best known to some fans for his work on commentary. But he had an extensive wrestling and promoter career well before that. Therefore, when Vince McMahon was in a pinch and needed someone who could talk, he told Lawler his services would only be needed for one week when he took on the role of color commentator.

As Lawler spoke to Bill Apter on Apter Chat, he revealed the circumstances around his first gig on commentary for WWE and in a strange way he has Macho Man Randy Savage to thank for the role that would cement him into WWE history.

“I had programs with Ultimate Warrior and Jake Roberts and all these guys and all of a sudden during the Monday Night Wars, I don’t know exactly how it came about but the WCW show came on an hour before Raw did if you remember and so I’ll never forget I think we were somewhere like the Pocono Mountains or somewhere, we’re getting ready to do Raw. Vince is walking around saying, ‘Hey has anybody seen Randy? Where’s Randy? I need to get with him on something we’re doing on the show tonight.'”

“Nobody could find him and all of a sudden an hour before Raw somebody said, ‘Oh Vince, turn on the TV.’ And he turned on WCW and OH YEEEAH, there’s Randy Savage out on their show. He left without notice — he didn’t tell anybody and he just showed up on their show.”

“The greatest thing ever, I’ll never forget — Vince McMahon, you know he’s just a great non-seller. I mean he didn’t put it over a bit. It didn’t even phase him. He just looked at it and all of a sudden he looked up and I just happened to be standing there. He said, ‘King, can you do the color commentary with me tonight and next week I’ll find somebody else to do it, you know on a regular basis but can you help me out and do it tonight?'”

“I said, ‘Sure!’ I had no idea what I was going to do or whatever. He told me next week I’ll have somebody else to do it on a regular basis and of course that was 25-26 years ago and I’d been doing it ever since.”

You never know when something that might turn into a life-changing assignment might get dropped on your lap. This is why it’s always a good idea to be game for anything.

The King could talk and Vince knew it, he just probably didn’t realize how much of a natural fit Lawler would be but thankfully, McMahon made the right call when he had to think on his feet after the Macho Man took off to WCW. But it was only supposed to be a one-week deal for Jerry.