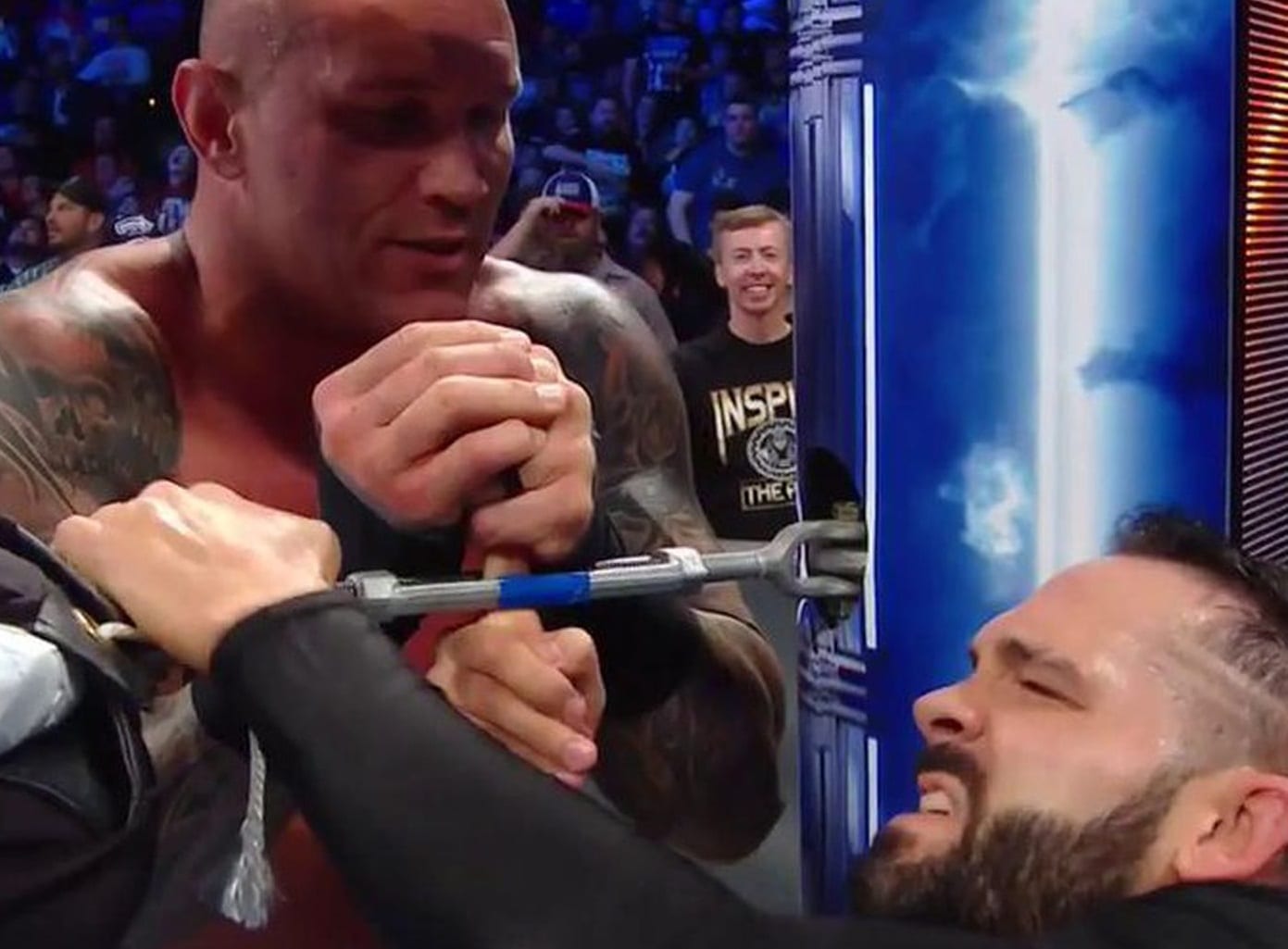 Randy Orton has adopted a personality similar to that of a torture artist. He grabbed onto Jeff Hardy’s earlobe and pulled until it was up a gauge size and then at Hell In A Cell he got a screwdriver involved to twist Hardy’s lobe until plenty of fans were very much creeped out.

But Orton is a veteran and he pops the crowd just because people are happy to see him. Therefore, WWE needs to make him as despicable as possible. His latest target was Tye Dillinger and it looks like Orton isn’t done with him yet.

Orton shoved Dillinger’s finger inside the mechanism that screws on the ring ropes in a classic move that we can only assume has been used in an authentic sense in the history of wrestling. Orton pulled on Tye’s finger until it was appearing to be broken and then he left his victim squirming in pain.

Orton isn’t done with The Perfect 10 either. He recently updated his social media to display Dillinger with his “10” up but as you can see one finger is worse for wear. Orton’s wife Kim even chimed in on the comments and said, “Imperfect 9.”