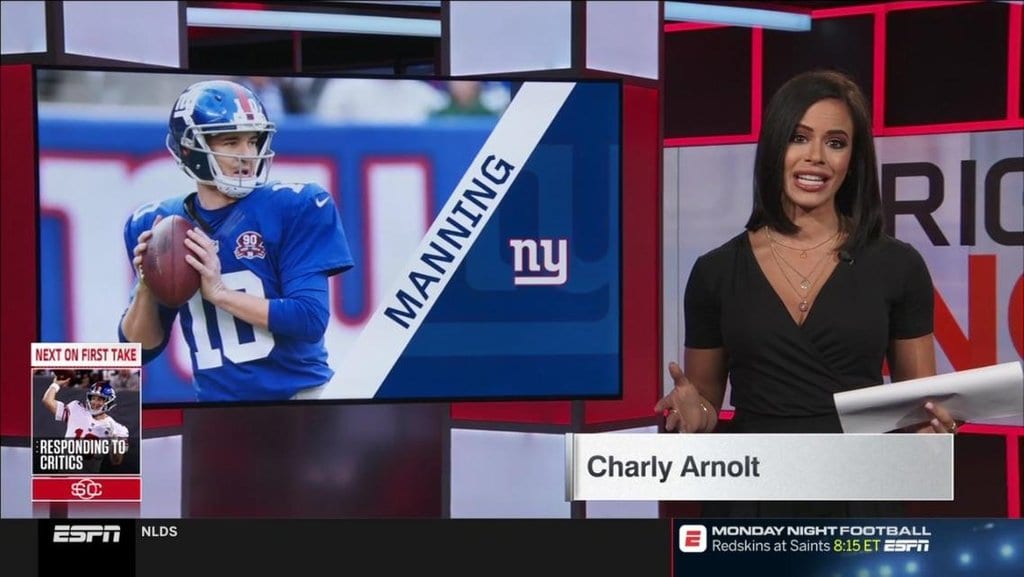 WWE can be a launching pad to many different places in entertainment. We’ve seen people like Jonathan Coachman leave WWE for a career with ESPN and he actually recently came back so perhaps it’s time for another WWE employee to take a swing at the sports network.

Fans tuned into ESPN First Take this morning to see Charly Caruso hosting the show under her real name Charly Arnolt. While it’s not unheard of for WWE announcers to take other gigs as long as the company approves, this is a very cool and interesting move for Caruso.

It’s unknown at this time how often Caruso might be appearing on ESPN, but it looks like she’s at least getting this chance to show what she can do. She has a broadcasting background in more than just pro wrestling after all and she knows a lot about physical fitness as well seeing that she’s a licensed personal trainer so she could fit in well with that climate.

She said she will be popping in from time to time and filling in on SportsCenter. But she’s not leaving WWE at all. So congrats to Chary for this cool new gig, regardless of how permanent it might be.

Charly Arnolt…ESPN. WHAAAAAT!!! Been waiting my whole life to say those 4 letters! So yep, here I am—officially an ESPN employee! (No, I am NOT leaving WWE! That’s still my home and I am so happy there!) I’ll be doing a few things at ESPN from time to time for now, including SportsCenter updates and hosting the SportsCenter on Snapchat show. I’m still in disbelief. WWE + ESPN = KILLER COMBO! I am so incredible appreciative and fortunate for both of these wonderful opportunities! Check me out all day today and tomorrow doing SC updates! 😍🥇💯💪🏽 @espn @wwe . . . . #espn #sportscenter #sports #football #anchor #host #basketball #news #wwe #nyc #dreamcometrue #bucketlist #goals #lifeiscrazy