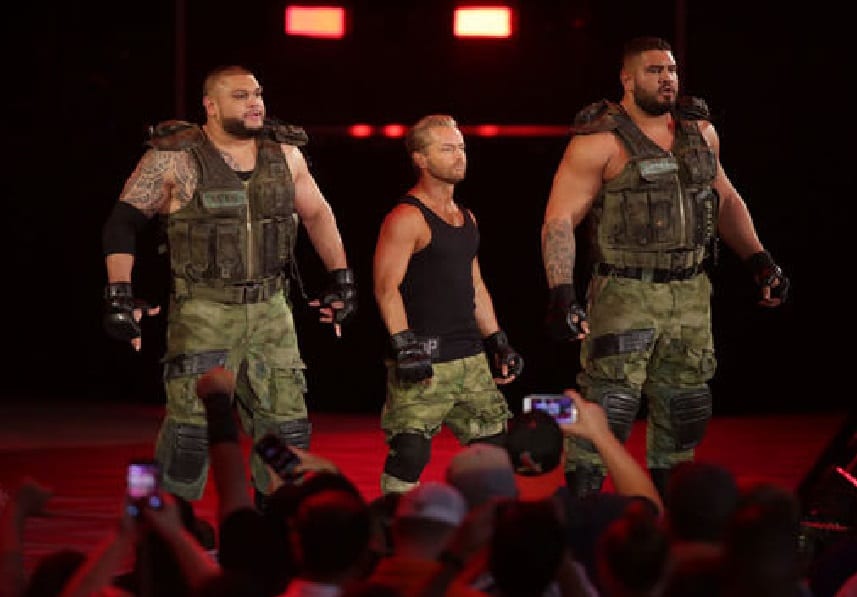 The Authors Of Pain, or AOP as they’re called now were an amazing asset to the NXT tag team division during their time in Full Sail. But since they were called up to the main roster, it seemed as though their momentum was squashed a bit. They let Paul Ellering go as their manager for some reason and kind of floundered for a bit until Drake Maverick was announced as their new leader.

Now as AOP charges into battle it appears as though WWE is going to book them with a few teams to get through as they make their way to the top of the division. Because obviously, the Raw Tag Team Titles have to be their focus.

Mike Johnson noted on PW Insider Elite‘s audio update that AOP’s next feud will be against the B-Team. Therefore, AOP’s post-match squash on Bo Dallas and Curtis Axel wasn’t just a birthday present for Axel, it was the start of a new feud for the new teams.

Only time will tell if they will trade some wins every now and then throughout this feud or even when they will have a blow-off match. But it seems that The B-Team might be eating another loss if AOP’s current momentum is any indication of things.