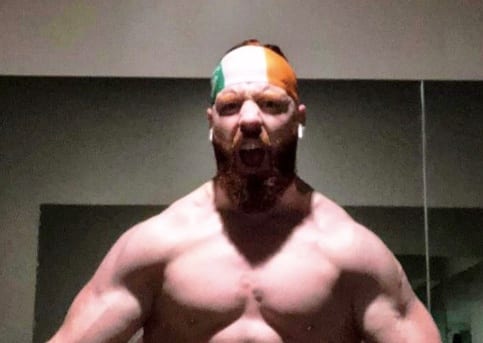 WWE superstar Sheamus has shown off his physique to his millions of followers, as he continues to defy reports that injuries could shorten his career.

It’s no secret that Sheamus has had a few injuries throughout his career, and now that he’s reached 40, many fans have been speculating as to whether or not he’ll be considering retirement in the next few years.

Alas, he appears to be paying no attention to that whatsoever, with the former WWE Champion instead choosing to keep pushing hard in an attempt to climb back up to the main event scene in WWE.

The Celtic Warrior, who now has his Celtic Warrior Workouts series on YouTube, seems to work on a regime that also allows for some diversity in terms of what he kind of workouts he does. While he may not be the first superstar you think of when pondering which names have the best training program, Sheamus should certainly be in the conversation.

For the better part of two years now he’s been doing some incredible work alongside partner Cesaro in ‘The Bar’, although as we look ahead to the future, we can’t help but wonder whether or not he’s gearing up for one final singles run before hanging up his boots.

He most certainly doesn’t have anything left to prove after winning multiple world championships throughout his tenure with the company, but for the sake of the fans, one final surge from a heel Sheamus would definitely be, in our mind, best for business.