RAW is scheduled to air from the Pepsi Center in Denver, Colorado tonight. There are a number of matches already advertised for the show, and it is likely Bobby Lashley will have an extensive presence during the show as it is his home state.

However, NXT Superstar Dakota Kai is promoting through her Instagram story that she is currently in Colorado. Just yesterday she was celebrating the birthday of NXT Women’s Champion Kairi Sane with the other NXT performers in Florida. She goes so far as confirming she is in Denver, the exact location for RAW.

In addition to this, the official WWE website has listed NXT house shows as taking place in Florida up until October 11, when NXT will visit Saint Charles at the Family Arena in St Louis, Missouri.

That begs the question, why is Kai in Colorado at the same time RAW is? With WWE Evolution coming up, it may be possible Kai is ready for her call-up to the main roster, is competing on the show tonight or is backstage for discussions about her upcoming storylines with the company.

Regardless, it is an interesting development, to say the least. Take a look at the photo we’ve managed to take from her Instagram story below: 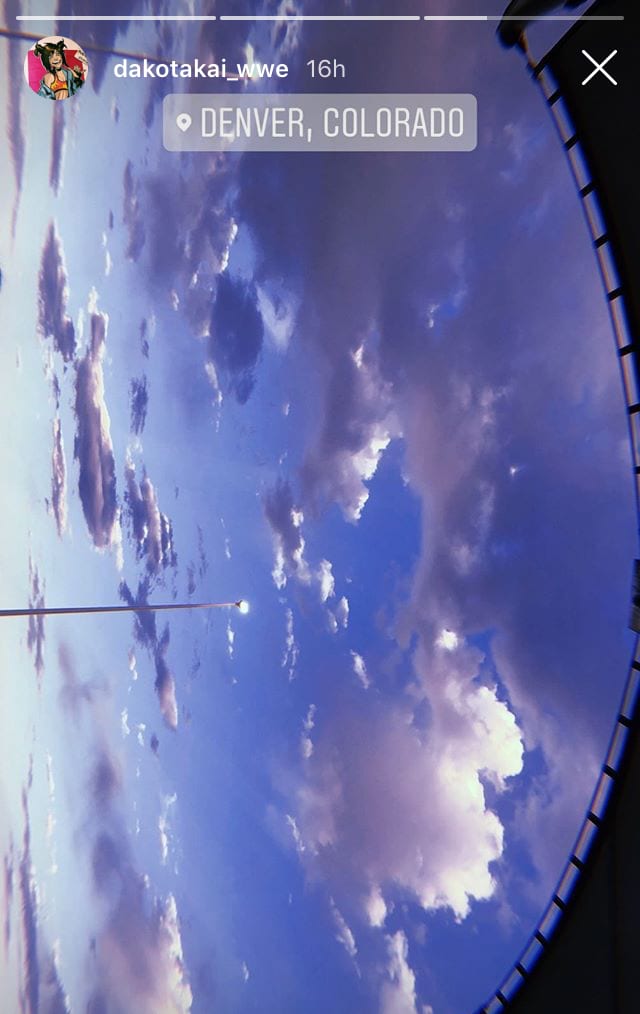 Do you think Kai will be backstage for RAW tonight? Is she ready, in your opinion, for the call-up? Let us know your thoughts, opinions, and reaction below.