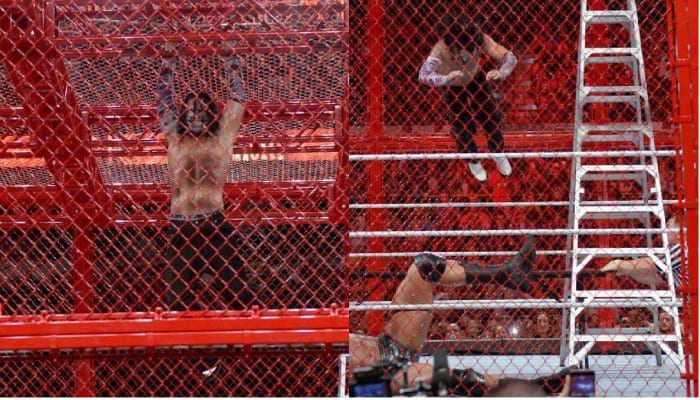 Jeff Hardy faced off against Randy Orton in a pretty hellacious Hell In A Cell match, but it seems that all the punishment he took wasn’t enough to really make him go home.

We previously reported that Jeff Hardy worked the live event on the day after Hell In A Cell meaning if he’s injured in the storyline, he’s not injured in real life. The Wrestling Observer Newsletter also confirmed that Jeff is also booked to be at all of the WWE live events this weekend as well.

Therefore, if you were looking to see Jeff get some time off after his big HIAC bump, then you can guess again. If anything, they might keep him off television long enough for Orton to do something to cause him to come back. But we’ll have to wait and see what happens next.

Therefore what looked like an angle that would end with Hardy in a long injury isn’t the case at all. Only time will tell when he returns, but we shouldn’t count him out just yet.