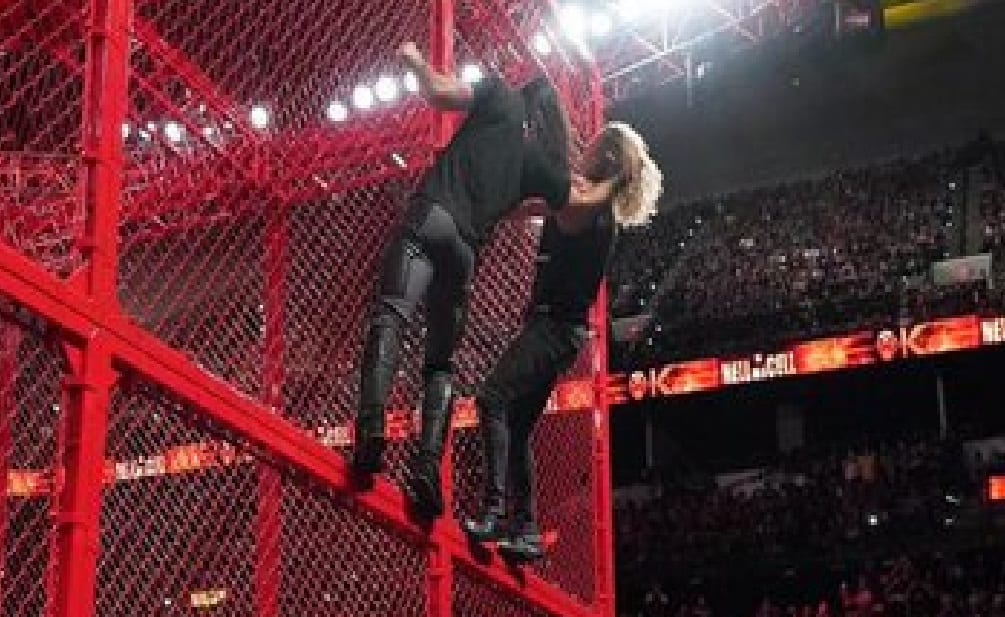 Seth Rollins and Dolph Ziggler pulled off a big bump at Hell In A Cell from the middle of the cage through 2 announce tables below. But neither of those guys were booked in the match.

Dave Meltzer noted on Wrestling Observer Radio why this big spot took place. In the end, it came down to trying to give the fans something because they knew nobody would be happy about how things were going to go down in the end.

This spot might be a distraction from the no-contest finish for the Hell In A Cell main event, but it didn’t stop the fans from still being pretty angry about what happened in San Antonio.