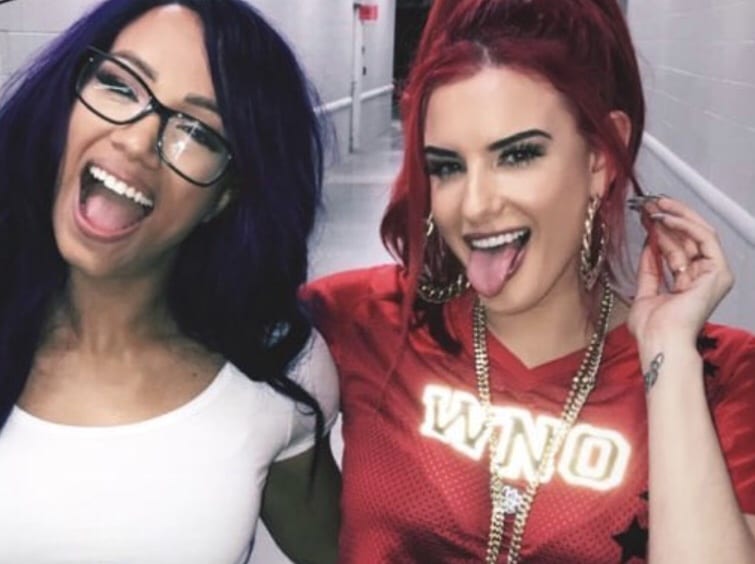 WWE Superstars get a lot of perks and when MTV’s popular show Wild n Out went on the road to Miami, a few Superstars were there and got the VIP treatment.

Not only did they enjoy a sold-out show that was certainly wild and out, but they also got to go backstage and hang with the crew. Sasha Banks, Kalisto, and Oney Lorcan squeezed in for a photo-op backstage with the MTV stars and everyone looked like they had a great time.

Justina Valentine and Sasha Banks had a special chance to snap a picture together as well which Valentine posted on her Instagram story. Banks then posted the picture on her own Insta story saying “my babe killed it tonight.” They’re obviously friends, but why wouldn’t they be?

The Wild n Out crew is headed to Orlando tonight, but the WWE Superstars are likely headed to Hell In A Cell, then again, Banks, Kalisto, and Lorcan aren’t booked for HIAC, so they might be able to take in another WIld n Out live show if they want. 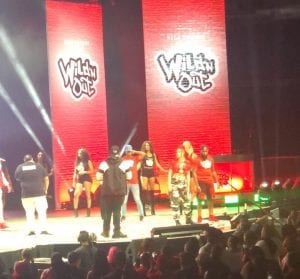 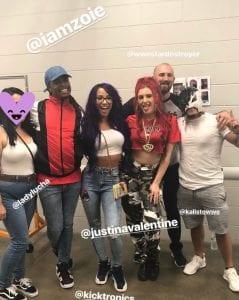 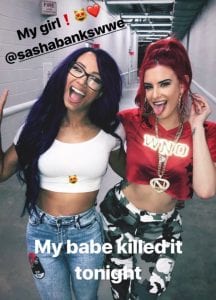