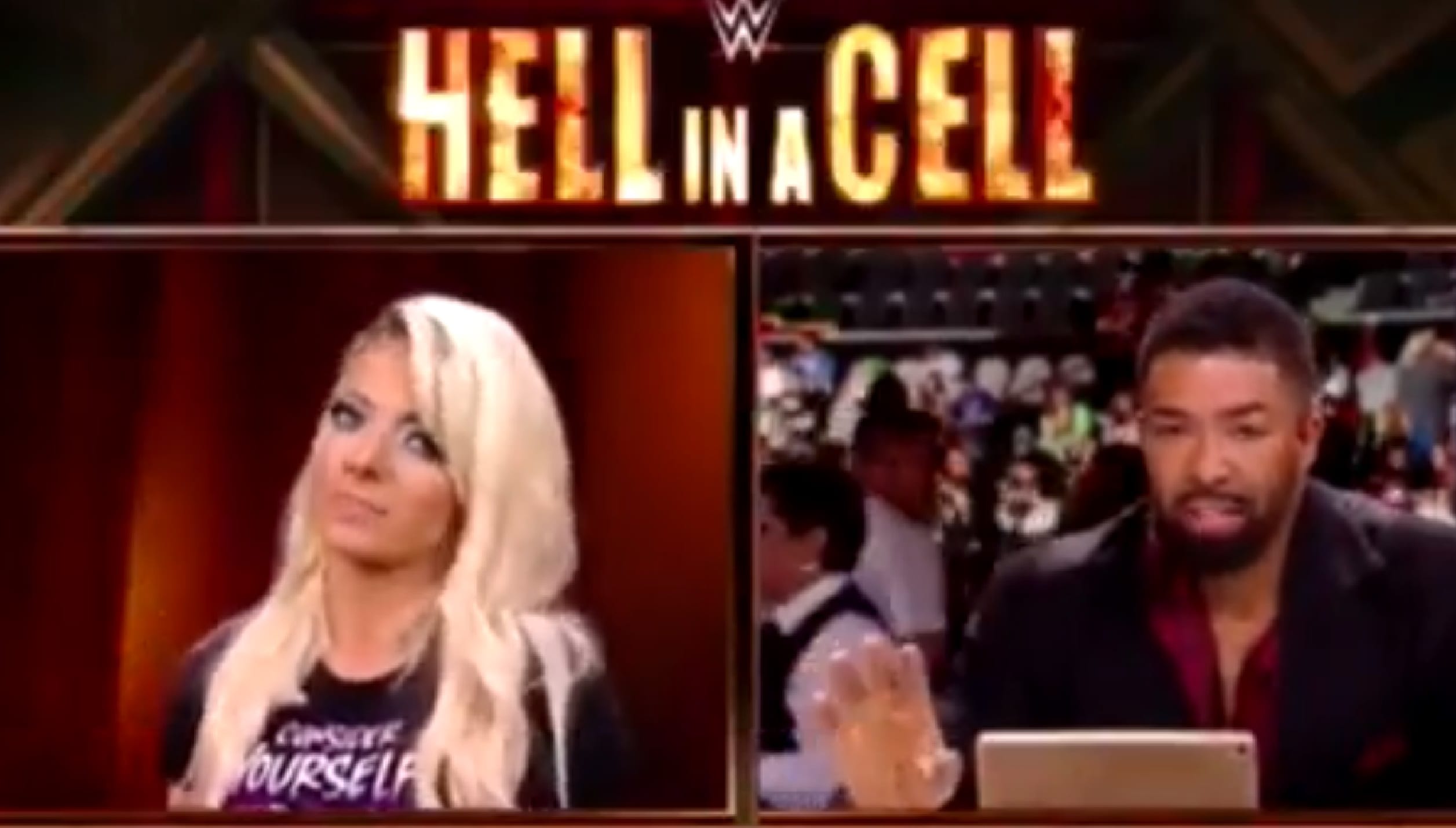 Alexa Bliss has been around WWE long enough to know who she needs to be nice to at this point. After all, she’s won enough titles that she is obviously on the good side of someone important, but it seems that she recently let everyone know one person she doesn’t need to pay much mind to.

Alexa Bliss appeared during the Hell In A Cell kickoff show to talk about her match against Ronda Rousey. It was Jonathan Coachman’s first night on the kickoff show desk, so Bliss was nice to him. But David Otunga was another story.

When the time came for Otunga to ask the former Raw and SmackDown Women’s Champion a question, she paid him no mind and just left. As you can see, the blow-off was quite hilarious.

We’re sure that Bliss was just being in character, after all, she’s actually super nice IRL, but it was still a pretty funny moment during an otherwise less-interesting kickoff show (unless you could the great SmackDown Tag Team Title match).