RAW Superstar Nia Jax is well known for her desire for the media to portray women and girls accurately, so those looking at the media can grow up knowing that being true to oneself is what matters.

On this note, Jax has just received the #SeeHER Now Award from The Association of National Advertisers. This is an award that recognizes the dedication somebody like Jax has for facing such difficult challenges and surpassing them, providing inspiration to those around them.

Jax took to her Instagram to comment on the award just a few hours ago. She had the following to say:

“I was incredibly humbled and honored to receive the first ever #SeeHerNow Award by #SeeHer & @celebritypagetv. The #SeeHer Initiative is “championing the movement to portray women and girls accurately so that the images and roles they see in the media mirror the real world.” I have always pushed the message of being true to yourself and loving the skin your in, so this initiative is dear to me, where young girls and boys can look at media and relate to the people they see, encouraging them to reach their full potential! Inclusion and representation is huge! I’m so happy that I was able to accept this award with my mother standing by my side, the woman who has always taught me to be true to myself. #NotLikeMost #SeeHer #EmmyWeekend.”

Jax does not have a match on Hell in a Cell, and is not expected to appear at RAW tomorrow while the company is in Dallas, Texas. However, her return is expected to take place sooner than later.

You can take a look at some photos of Jax receiving the award below: 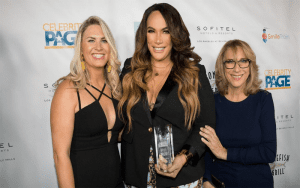 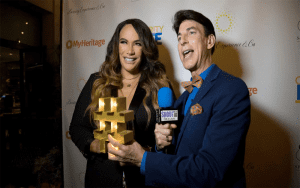 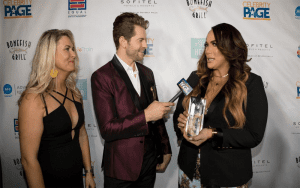 What would you like to see Jax do following her return? Should she feud with Rousey? Let us know your thoughts, opinions, and reaction in the comments down below.