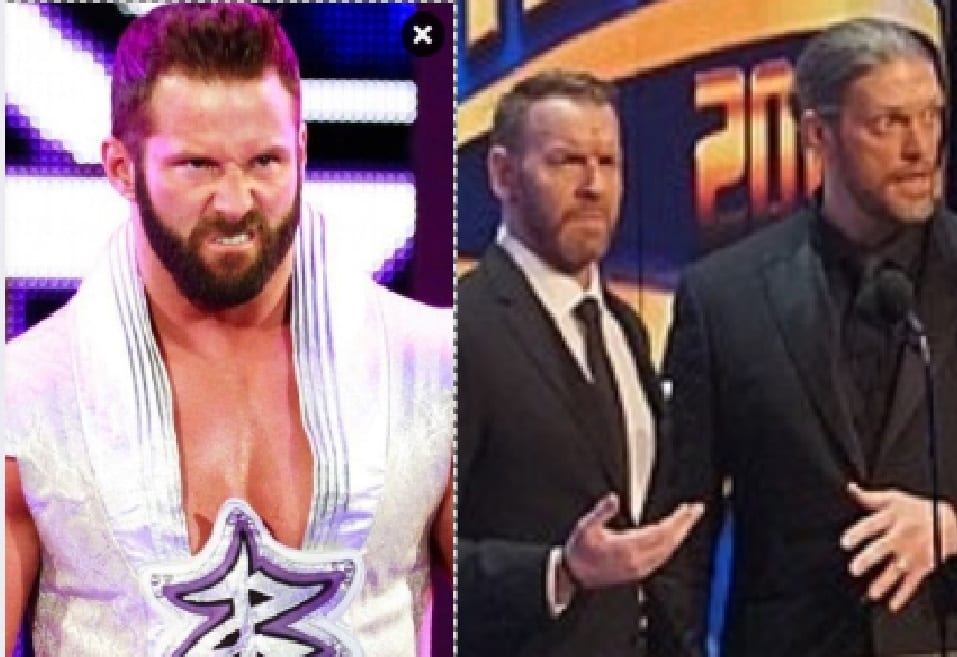 It looks like Zack Ryder can’t catch a break in or out of the ring. He’s been busting his hump for the WWE Universe for a very long time and has rarely came out on top. He’s been around a lot backstage in WWE and seen many wrestlers come and go in his time. So why wouldn’t he make a great interview?

Apparently, Edge and Christian are still holding out on the Broski and Ryder might be growing tired of waiting. Zack Ryder has been trying for a very long time to get on E&C’s Pod Of Awesomeness, but for some reason, E&C have no-sold his request.

To make matters even more frustrating for Ryder, Edge and Christian had Ryder’s girlfriend and ALL IN participant Chelsea Green on the show this week. This was obviously something Ryder wanted for himself first and when he saw it, he just had to say something.

This might be a giant rib between the 7-time WWE Tag Team Champions and Zack Ryder, but it’s certainly enjoyable to watch go down for some reason.