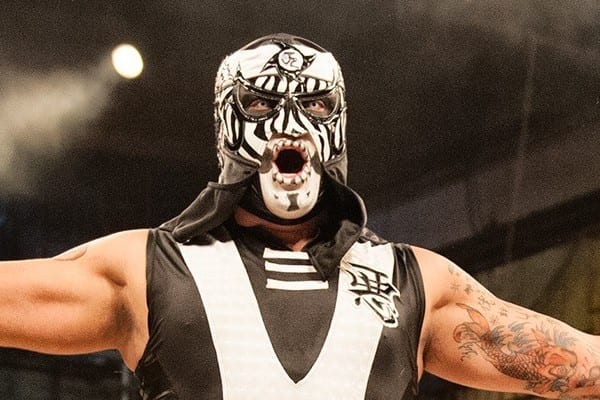 Pentagon Jr. has some pretty amazing fans out there who have watched him move up the pro wrestling rankings over the years and he seems to be making new fans all the time.

He is appearing on Lucha Underground, Impact Wrestling, and MLW which is pretty impressive and helps his name dramatically not to mention his appearances in AAA events like TripleMania. There is also said to be a lot of interest from WWE while he and his brother Fenix have stopped taking bookings in 2019 to add even more intrigue.

So it should be no surprise that Pentagon Jr has a lot of people following him and one fan certainly showed he had cero miedo when he decided to get Penta’s image permanently inked on his body.

This fan, who is apparently Crustybal on Reddit showed off his zero fear tattoo and had the following message as well: “I was not expecting to get tattooed during my stay in Chicago but I couldn’t pass up the opportunity when I saw this Pentagon Jr. flash. Chris and all the other tattoo artists were really friendly and I’m glad to have something to remember one of my favorite weekend trips.”

This is certainly something he’ll remember forever, but it’s even more interesting that Pentagon’s mask is so popular that tattoo artists are including his design as a sample of what they can do so customers can choose it off a wall. It really makes us wonder how many people might get the tattoo just because it looks cool without knowing anything about pro wrestling. 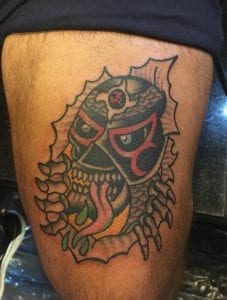