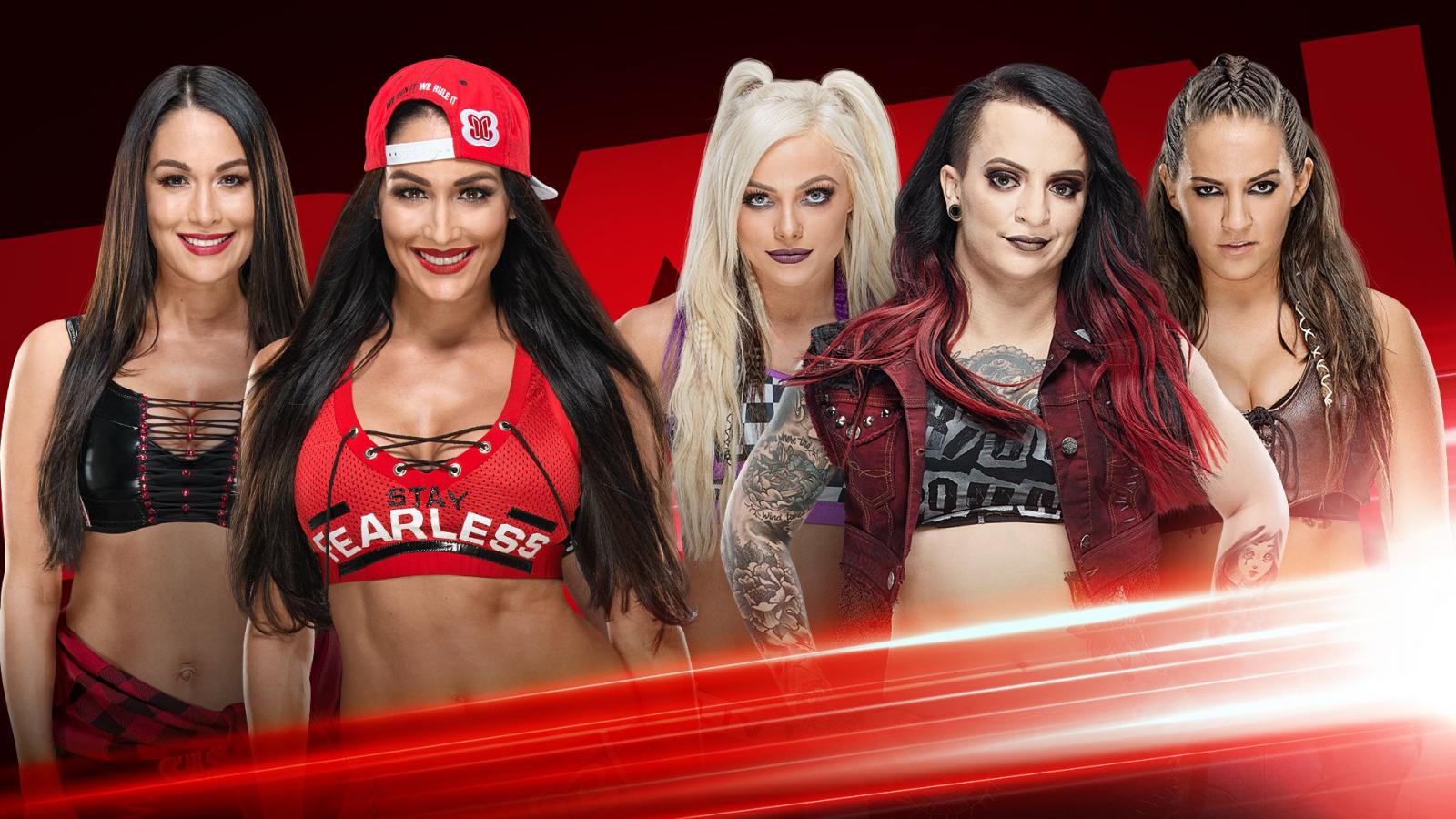 Tonight’s Monday Night Raw features the anticipated? return of The Bella Twins. This one is a little confusing becase Brie is on both shows right now, so I guess she’s a free agent. Regardless, Brie and Nikki will take-on The Riott Squad tonight, with the eventual goal seemingly being Nikki Vs. Ronda at October’s Evolution PPV.

Elsewhere on tonight’s show, Shawn Michaels returns to discuss Triple H Vs. The Undertaker. There’s not a lot that can be said about this. Triple H already have an impassioned promo, followed last week by several hype videos. Fans aren’t all that excited because Taker hasn’t been in good shape for years now and this reeks of two guys who shouldn’t be in the ring together. The Deadman needs to hang it up but Trips can still go. Alas, the match is happening and it will be fun to see HBK if nothing else.

Also on Monday Night Raw, The B-Team face The Revival for the Tag Team Championships, after losing last week in non-titles action. This feud has more than ran its course and The B-Team are right on the cusp of being super irritating, so it’s time to give the belts to The Revival and move on to greener pastures.

That’s the preview for tonight’s show, which will also feature further hype for Strowman Vs. Reigns, with The Shield and Ziggler/McIntyre in tow, as well as Ronda Rousey and Alexa Bliss. Remember to download the Ringside News app, follow us on Instagram, and enjoy the show!

News Tip
wpDiscuz
40
0
Would love your thoughts, please comment.x
()
x
| Reply
You are going to send email to
Move Comment