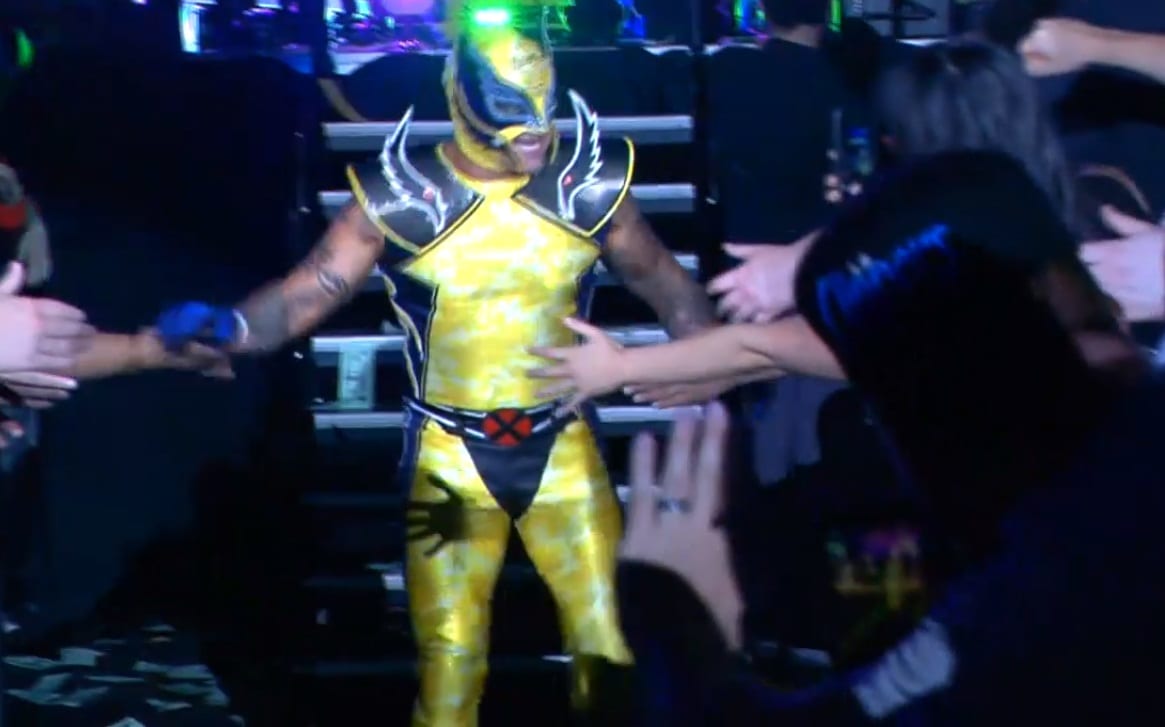 The ALL IN event was a huge success which saw some shocking moments, some special title changes and some stellar matches.

Rey Mysterio was ALL IN and he seems to have enjoyed every second of it. Mysterio teamed up with Bandido and Rey Fenix to take on the Young Bucks and Kota Ibushi in the Main Event of the historic show.

Ultimately, Mysterio and his team lost their match against the Golden Elite. However, they took place a special moment after the cameras stopped rolling at the Sears Center.

Ryan Satin of the Pro Wrestling Sheet who was in attendance at the event reports that Mysterio personally thanked the Young Bucks for letting him be a part of “history”.

Footage of the incident can be seen below.