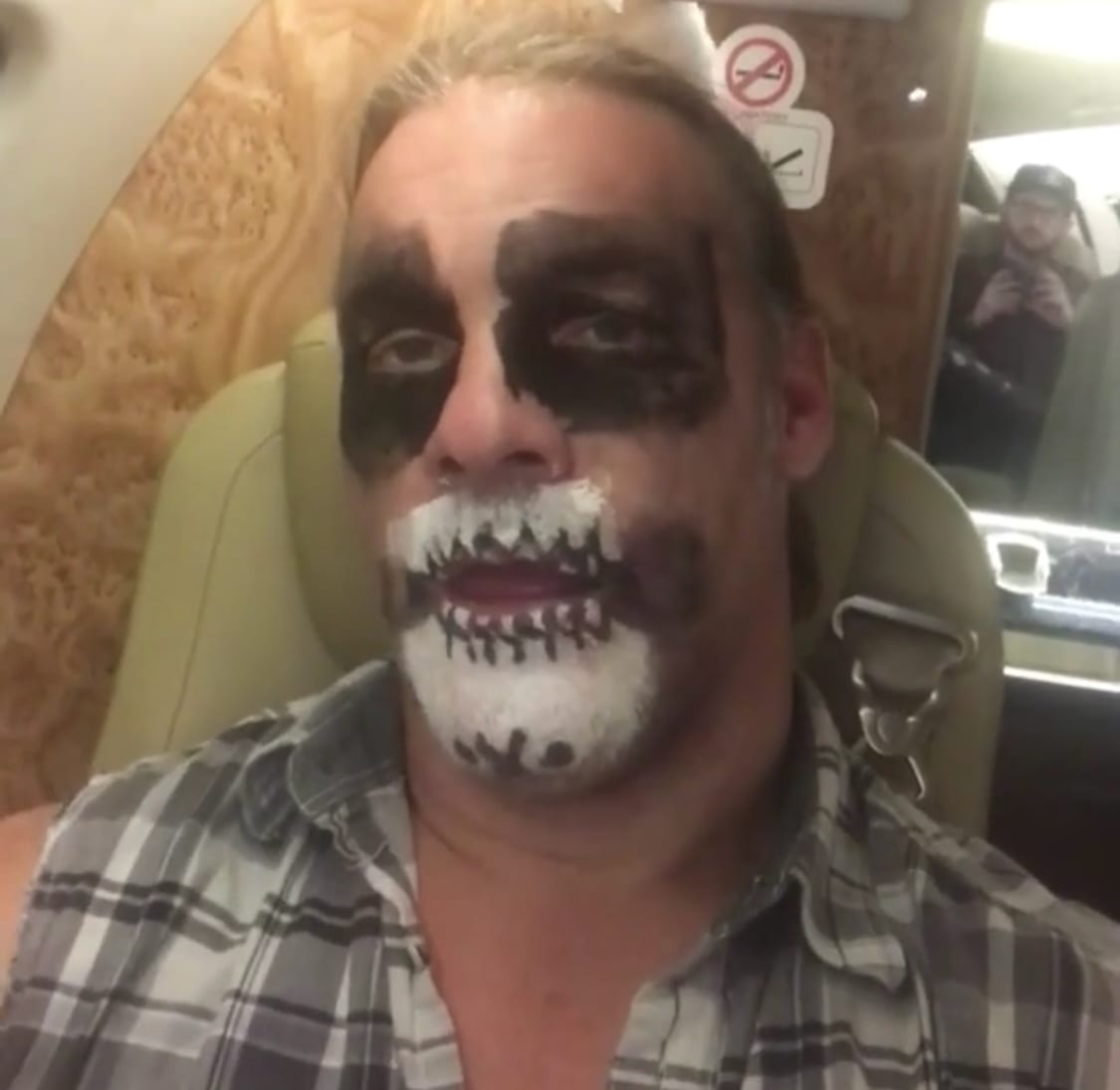 Chris Jericho shocked the world once again but he’s really gotten good at it though. But it turns out his appearance at All In was pretty hard to arrange and took a considerable amount of effort and some crazy traveling for Jericho.

After he surprised the All In crowd by attacking Kenny Omega after The Cleaner defeated Pentagon Jr, Jericho was right on a private jet where he explained how he pulled this surprise off.

“We flew from Little Rock to Chicago. We got in about 5:30 I hid in the Young Bucks’ office at the Sears Centre dressed up as Pentagon, attacked Kenny Omega, unmasked, shocked the world.”

“Now for the ultimate power move, we are on a private jet to fly to a Fozzy gig in Merriam Kansas. So I’m doing both in one night. Who else would do that? Who else is crazy enough and stupid enough to do that?”

Jericho said he hopes fans enjoyed it because it was an amazing experience. You really never know where he will show up next, or who he will be dressed as either apparently because from the sounds of things, he was hanging out in the Young Bucks’ dressing room since 30 minutes before Zero Hour went on the air dressed as Pentagon Jr.