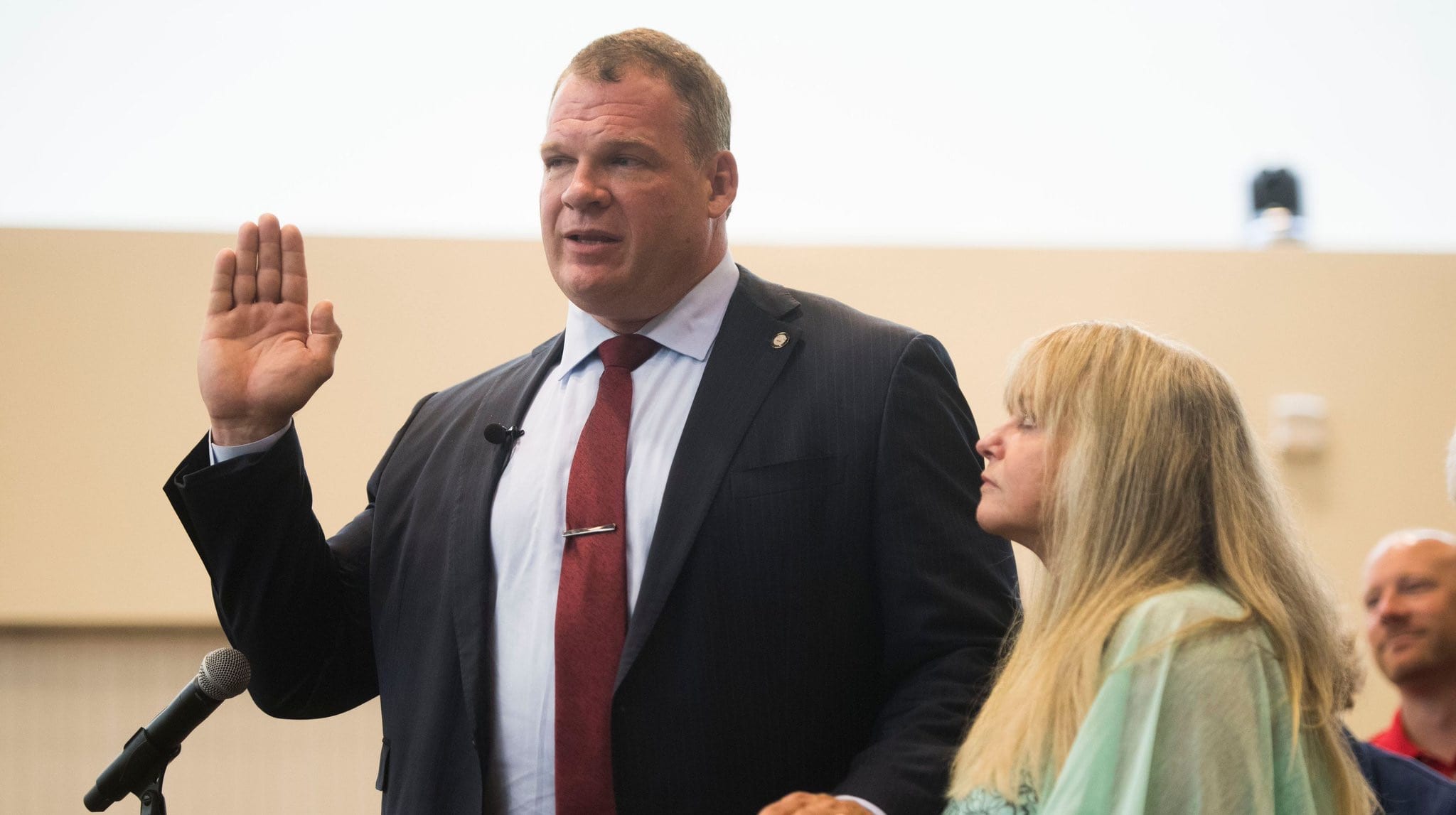 Kane won the election in a landslide to become the next mayor of Knox County Tennessee. We previously reported about his first important task as Mayor, but of course, he needed to get sworn in first.

This is a pretty big day for Kane as he officially starts his new job tomorrow and he was sworn in today to make it official. Only time will tell if he’ll be a great Mayor, but he certainly has a lot of people watching him so no pressure.

It would have been nice to see Kane wrestle alongside Daniel Bryan one more time as Team Hell No, but that match was scrapped after Kane hurt his ankle. He seems to be walking okay now but it’s too late to really do much with WWE at this point because he’ll be super busy getting adjusted to his new gig.

Congratulations to Kane aka Glenn Jacobs as he starts this exciting new career.